IIFA Awards 2017 Location: Photos of Bollywood Celebrities Turning Up The Heat in New York Will Warm You Up

IIFA Award 2017 is just round the corner. The venue for this year's IIFA is none other than New York which is like second home to a number of Bollywood celebs. We give you some magnificent photos of India's stars at the IIFA 2017 location. 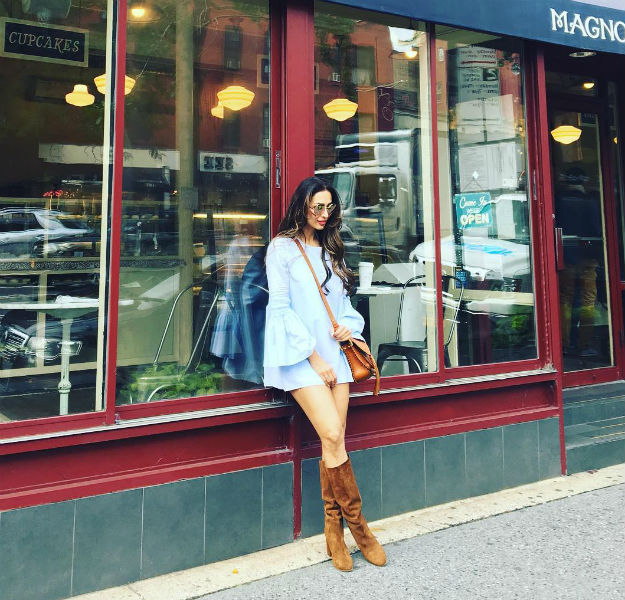 Bollywood is growing at a fast pace and so is the number of award functions associated with it. One of the most prestigious award functions for the Hindi film industry is IIFA which takes place at a different venue outside India every year. The location for IIFA Awards 2017 is none other than the Big Apple – New York City. Like every year, a number of Bollywood celebrities are expected to attend the award ceremony. Most celebs are already in New York and gearing up for the award ceremony to be held on July 14, 2017. New York is like a second home to a number of Indian celebs. A number of Hindi films are shot in New York. From Karan Johar to Priyanka Chopra, several Bollywood personalities spend a considerable amount of time in New York either on vacation or for work. (CHECK OUT 15 stunning photographs of New York that show just why we love the city so much!) On the eve of IIFA Awards 2017, we give you some stunning photos of Bollywood celebrities who seem to love the city and visit it frequently. Also Read - Indian-American Scientist Rajiv Joshi Wins 'Inventor Of The Year' Award In New York

Then there is Karan Johar who loves the New York snow

See what we mean?

Then, of course there is Priyanka Chopra who chills with Nicole Kidman and Kendall Jenner in the city

With international projects like Quantico and Baywatch, Priyanka has spent quite a lot of time in NYC

But the celeb who seems to absolutely love New York is Malaika Arora!

In my fav citynyc

Thinkin if I should go into magnolia n devour the cupcakes or not????hmmmm. #nyc

She is already in New York for IIFA 2017

And she is turning up the heat as usual!

Looks like IIFA 2017 in New York is going to be one hell of a night! With the world taking an active interest in Bollywod, all eyes will be on the city and the Bollywood celebs. Looks like we have some more amazing New York photos coming our way!