As we get closer to Independence Day 2017, we take a look at the historic Raj Ghat in New Delhi. These interesting facts about Raj Ghat and its surrounding area will make you feel patriotic and you will want to visit the memorial at least once. 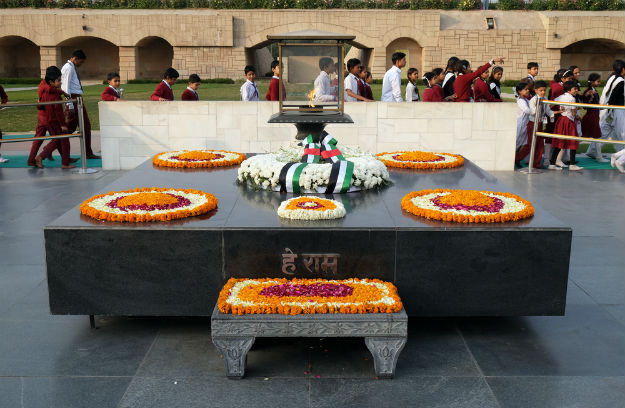 India is home to a number of historical monuments which all have an intriguing history behind them. Some of these monuments impress us with their magnificent architecture and some with their spectacular locations. But there are some historical places in India that make us proud and sad at the same time. On the one hand they show us how long we have come from our troubled past of colonial reign, and on the other hand they remind us of the sacrifices made by those who lived before us, just so that we can enjoy our lives and live with freedom. One such historical place is the Raj Ghat in New Delhi. One of the most popular attractions of the city, Raj Ghat is located on the banks of the Yamuna river. It is a memorial dedicated to Mahatma Gandhi, the Father of the nation. Few others in the world enjoy the kind of popularity Mahatma Gandhi does even years after his death. His principles of truth and non-violence led the Satyagraha movement and inspired millions around the world, including the great American preacher and activist Martin Luther King Jr. He was at the forefront of Indias freedom struggle and is therefore, the most celebrated figure in Indian history. Here are some interesting facts about Raj Ghat that make it a place of great historic significance. Also Read - Delhi Violence: SC Lawyer Files FIR For Immediate Arrest of Tahir Hussain; Death Toll Touches 42 | Highlights

Raj Ghat has a black marble platform which marks the area where the great Mahatma Gandhi was cremated after his assassination in 1948. His antim sanskar, which is the Hindu cremation tradition to be performed after death, took place at the spot where the black marble platform stands. There is an eternal flame that is kept burning right next to the platform. Also Read - India Committed to Strategic Partnership With US, President Kovind to Donald Trump | Highlights 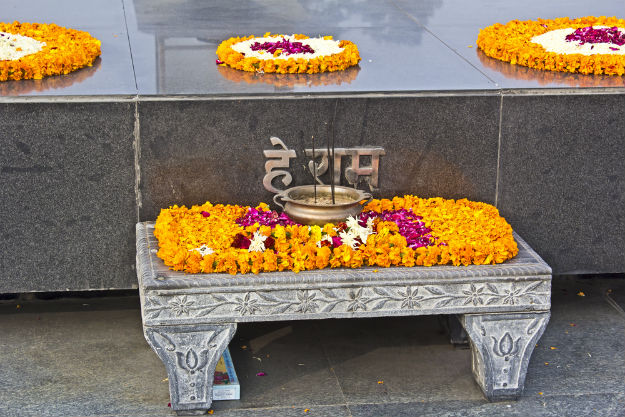 The term Raj Ghat translates to Kings bank as the area is on the banks of the mighty river Yamuna. Located close to the Ghat are two museums that take you back in time and give you a tour of India’s historic freedom struggle. ALSO SEE 7 historic places that Mahatma Gandhi immortalised Also Read - Delhi Assembly Election Updates: 57.06% Voter Turnout Recorded; Polling Concludes

Raj Ghat area has a park which has trees planted by notable personalities like Queen Elizabeth II, US President Eisenhower, and Ho Chi Minh. 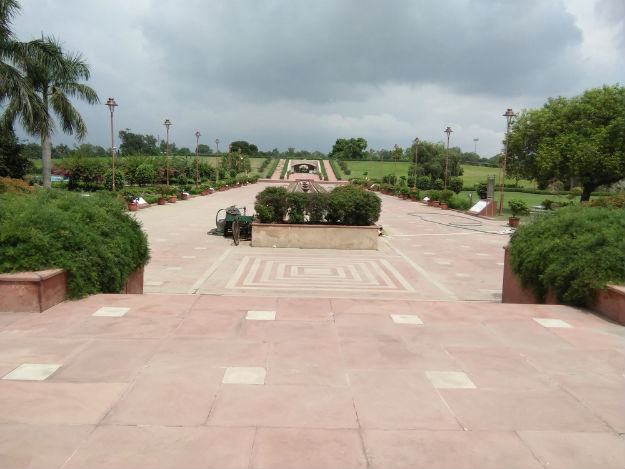 Apart from Mahatma Gandhis memorial, Raj Ghat area is home to some other memorials too. Jawaharlal Nehrus memorial Shantivan is to the north of Raj Ghat. 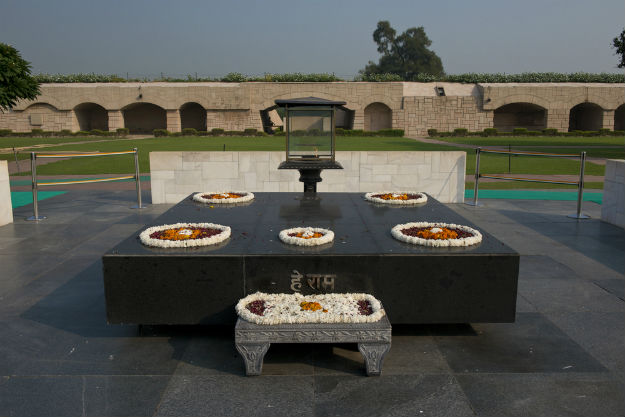 Raj Ghat on a gloomy day

Also north of Raj Ghat is Veer Bhumi, the memorial to Rajiv Gandhi who was assassinated in 1991. Other memorials in the area include K.R.Narayanans memorial Ekta sthal, Lal Bahadur Shastris memorial Vijay ghat and Indiara Gandhis memorial shakti sthal.

So, next time you visit Delhi and explore popular attractions like the Qutub Minar and the Red Fort, do also pay a visit to Raj Ghat nearby. You will feel an overwhelming sense of patriotism and will be able to pay your respects to greats like Mahatma Gandhi and Lal Bahadur Shastri.