NHAI has signed an agreement to begin work on the much-awaited India-Myanmar-Thailand Trilateral Highway. 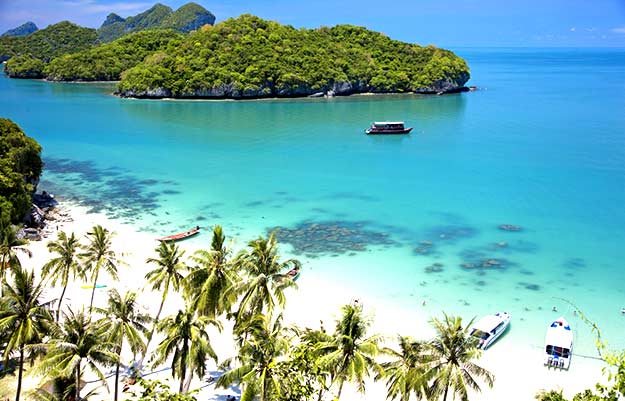 Road trips are perhaps the best way to travel. There is something mesmerizing about driving on long roads flanked by vast farmlands with hillocks at the horizon. Some of the best road routes present a different landscape every few minutes making you feel like you are visiting several places at once. So, you can imagine how exciting it would be when a road trip takes you from one country to another. Soon, it will be possible to take an easy road trip to your favorite destination – Thailand – from India thanks to the long-awaited India-Myanmar-Thailand trilateral highway. ALSO SEE 10 international road trips from India you must take!Also Read - Bangkok to Finally Open For International Tourists From October - All You Should Know

The National Highways Authority of India (NHAI) signed an agreement with a joint-venture (JV) between Punj Lloyd and Varaha Infra to upgrade the Yagyi-Kalewa section of the India-Myanmar Friendship Road in Myanmar, reported PTI. And with this, work on the 1,000 km-long highway connecting Moreh in Manipur to Mae Sot in Thailand via Myanmar has officially started. Also Read - Remember the Elephant That Broke into a Kitchen Looking for Snacks? It Has Done it Again in the Same House | WATCH Viral Video

While the project was awarded to the JV in September 2017, it is just this month that the work has officially begun. The Rs. 1,177-crore project includes work on a 120 km section passing through mountainous terrain. The design includes many major and minor bridges, and also reconstruction of exiting bridges. 20 bus bays and one passenger rest area will also be provided on this route. DO SEE Best Winter Holiday Destinations in Thailand Also Read - Viral Video: Rival Monkey Gangs Fight on The Street Over Food, Bring Traffic To a Halt | Watch

This is India’s second major International road project after the Bangladesh-Bhutan-India-Nepal (BBIN) road project. Union Minister for Road Transport and Highways Nitin Gadkari said earlier that the Indi-Myanmar-Thailand trilateral highway will be operational by December 2019.