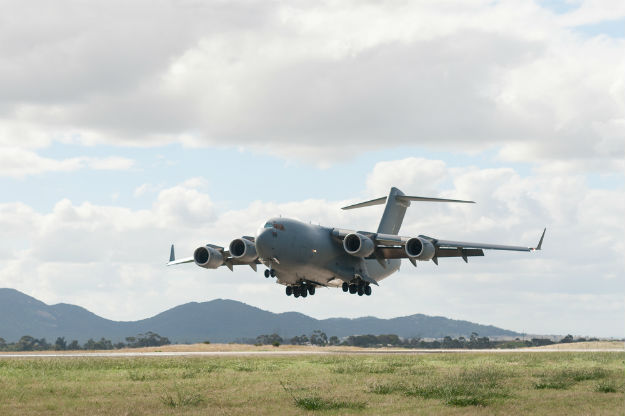 In an excellent display of strength, the IAF has landed a massive C-17 globe master in Arunachal Pradesh. This huge carrier weighs over 128 tonnes and has a wingspan of 52 m. It was landed at the Advanced Landing Ground (ALG) in Mechuka, Arunachal Pradesh just 29 km from the Indo-China border. This is IAF’s largest military transport aircraft. It will serve as a tremendous boost to India’s rapid airlift capability in the northeastern state of Arunachal Pradesh. What this will do is facilitate speedy transfer of men and material in this difficult rugged terrain full of  winding valleys and high mountain ranges with very little road connectivity. The nearest railhead and airport is at Dibrugarh which is about 500 km away. The raods are often blocked due to landslides and even when they are not, it takes two days of travel. As such, this landing is a great milestone and a ray of hope for the region. (ALSO SEE 10-day itinerary to Arunachal Pradesh for a vacation in the arms of nature!) Also Read - Comedian Vir Das' Neighbour Sneezes On Him During Altercation, Threatens to Slap Him | Watch Viral Video

The massive Mechuka landing displays the Indian Air force’s growing and unparalleled commitment to secure its international borders along China. The northeast region is far flung and a difficult terrain but with this landing at an elevation of 6,200 ft and a landing surface only 4,200 ft long, the IAF has made an excellent display. It is worth noting that Mechuka is located in the Yargyap river valley of West Siang district and was one of the strategic locations during the India-China war in 1962. The C17’s short field landing performance at such a high altitude is rather commendable. Have a look at how unbelievably short the C17’s take off can be! Also Read - SPB vs BGR Dream11 Team Prediction, Vincy Premier League T10 2020: Captain And Vice-Captain, Fantasy Cricket Tips Salt Pond Breakers vs Botanic Gardens Rangers at Arnos Valley Sporting Complex at 6 PM IST