While the Indian team gets ready for the Champions Trophy 2017, head coach Anil Kumble heads to the jungles for a wholesome family vacation. 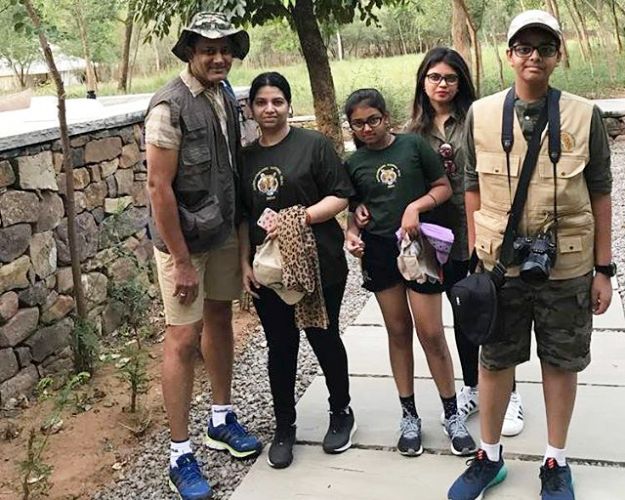 Indian cricketers often have the best vacations, and the national squad’s head coach Anil Kumble is no exception. After steering the national cricket team to multiple victories, Kumble is taking a well-deserved vacation with his entire family, including wife Chethana and his children, Maya, Aaruni and Svasti. The former Indian cricketer and skipper has done a great job as the head coach of the team since his appointment last year. The Indian cricket team has been in good form recently and has gathered quite a few wins. Kumble shared his vacation pictures on his Instagram account, although he didn’t mention the exact destination. Given the pictures, though, we are guessing that it could be one of India’s numerous wildlife sanctuaries. After all, summer is the best time to spot the big cats and all kinds of wildlife. ALSO READ: Hot photos of Virat Kohli chilling at the Caribbean Islands will turn you green with envy!
Also Read - COVID-19: Maharashtra Records 105 Deaths, 2190 Cases in Last 24 Hours, Total Tally at 56948

That’s the Kumble team, all set for their vacation!

A leopard, photographed by Kumble’s son

Anil Kumble certainly has a penchant for traveling into the wild and photographing nature at its rawest. Here are some other pictures of the head coach on safaris.

Kumble in action at the sanctuary

An elephant photographed by the man in Kabini Wildlife Sanctuary

Kumble and his family are definitely setting goals for summer vacations this year!