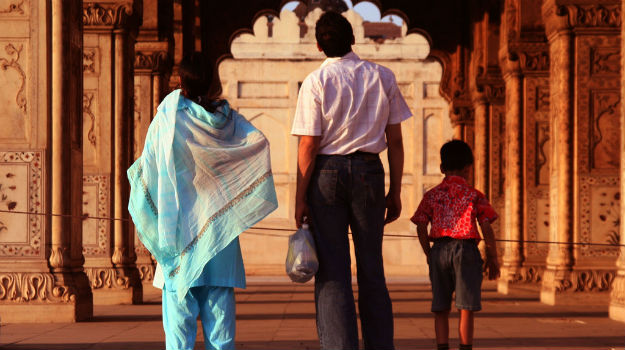 Sethi, an IT professional, is very excited. For the father of two children, a long weekend with his family is always a bonanza. As Holi this year falls on a Thursday and Good Friday the next day, he seized the opportunity to plan a quick getaway. Also Read - Use TrueNat machines, Increase Testing Capacity: UP CM Adityanath Orders Containment Plan For Gautam Buddh Nagar, Ghaziabad

“We are witnessing an increased demand for Holi long weekend travel. So far, we have seen a 25-30 percent increase in bookings for different destinations and we expect further increase in demand in the next week or so,” Oak told IANS.

While most people are opting for Goa, Kashmir, Himalayan hill stations, Corbett National Park, Ooty, Udaipur and Puducherry continue to be main attractions, he said.

“MakeMyTrip is offering a comprehensive product bouquet to cater to this demand for popular destinations like Kashmir, Himachal, Goa, North East, Rajasthan and Karnataka,” he added.

Arti Vij, a housewife, feels that a short getaway during the long Holi holiday is the best way to unwind.

“It is not often that one gets such a long weekend. I feel this is the best time to holiday as the weather is also good,” Vij, who is planning a holiday in Manali, told IANS.

She added that even her children — two daughters — are looking forward to the break.

“They are really studying hard for their exams and they will get over by March 15. The atmosphere at home is stressful for them as well as for us. The new session will begin from April and then they will get busy with their classes.

“So we all planned to go out of the city during this long weekend, which suits my husband too as he won’t have to take leave from office,” added Vij, whose husband is a government servant.

According to Sharat Dhall, President, Yatra.com, a large number of people were planning a quick getaway because it was one of the longest weekends this year.

“Yatra has seen a tremendous pick up in hotel bookings and packages for the four-day weekend from all the major cities. We are expecting hotels and packages bookings to increase by three-fold as we get closer to the weekend,” Dhall told this IANS correspondent.

He said that apart from travellers looking for domestic locations such as Goa and the Andaman & Nicobar Islands, many are also planning holidays at international destinations such as Dubai and Singapore.

Hari Nair, founder and CEO of Holiday IQ, feels that Indians are holidaying like never before and festival tourism had taken off in the country in a major way.

“Every possible occasion is now a reason to travel. Till a couple of years ago, festival celebrations were limited to family homes. Today, entire families travel together for the celebration,” Nair said.

Nair said destinations like Gangtok and Darjeeling were also much in demand.

(Kavita Bajeli-Datt is a Delhi-based freelance journalist. She can be contacted at kavita.bajeli@gmail.com)