Varun Aditya captured a snake's photo in Amboli that won him this accolade.

Indian photographers are slowly but surely making their mark in the photography world by winning some of the most coveted photography awards. Recently, National Geographic rolled out its list of winners for its 2016 National Geographic Nature Photographer of the Year Contest. While the grand prize went to French photographer Greg Lecoeur for his capture of the natural predations on sardines, the animal portrait category winner was an Indian photographer named Varun Aditya. Hailing from Coimbatore in Tamil Nadu, Varun is a wildlife photographer. The photograph that won him this award is that of a snake. He titled the image, dragging you deep into the woods and was shot in Amboli in Maharashtra. ALSO SEE 16 breathtaking photos of tigers by wildlife photographer Sudhir Shivaram Also Read - BFI Nominates 5 Boxers And three coaches For The National Sports Awards 2020

“I shot this at Amboli, Maharashtra, India, on July 24, 2016, during a morning stroll into the blissful rain forest. Ceaseless drizzles dampened the woods for 10 hours a day; the serene gloom kept me guessing if it was night or day. The heavy fog, chilling breeze, and perennial silence could calm roaring sprits. And there I saw this beauty. I wondered if I needed more reasons to capture the habitat, for I was blessed to see this at the place I was at. I immediately switched from the macro to the wide-angle lens and composed this frame,” he said. Here is the winning photograph. ALSO SEE 20 unreal photos of African wild animals Also Read - India-China Ladakh Standoff: 'Situation Stable And Controllable, All Channels Open For Talks,' Says Beijing 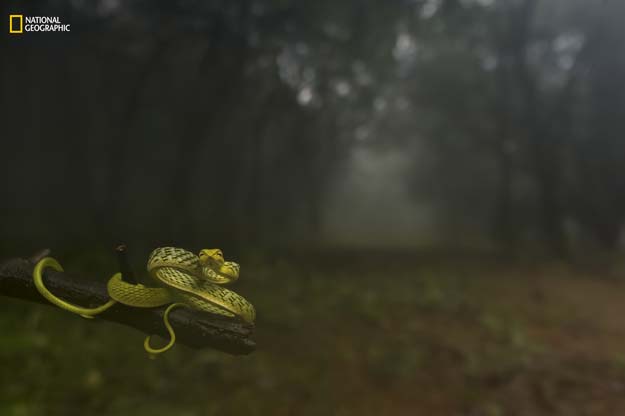 Another Indian photographer named Prasenjeet Yadav got an honorable mention for his photo in the landscape category. Prasenjeet who hails from Bangalore got an amazing shot of the green meteor which is pretty rare on his camera whilst he was asleep. “Anand Varma was visiting me and I was showing him around a mountain range in South India called the Western Ghats. We camped on the side of a road and I set up my Nikon D600 and a 24-70mm lens to take 15-second exposures. I set the camera to take 999 images. I slept next to the camera and it continued taking pictures until dawn. It wasn’t until the next afternoon that I reviewed my images and noticed something unusually bright and green. I showed it to Anand, and we realized that I had captured an extremely rare event. After checking with a few experts, I learned that it was a green meteorite, and getting it on camera is very rare. This is an example of being at the right place at the right time to capture something totally unexpected. For those 15 seconds, I was the luckiest photographer on the planet. Here is his spectacular capture. Also Read - Style Tips to Wear Mom Jeans: How to Look Cool Wearing 'Unhip' Denim at Any Occasion 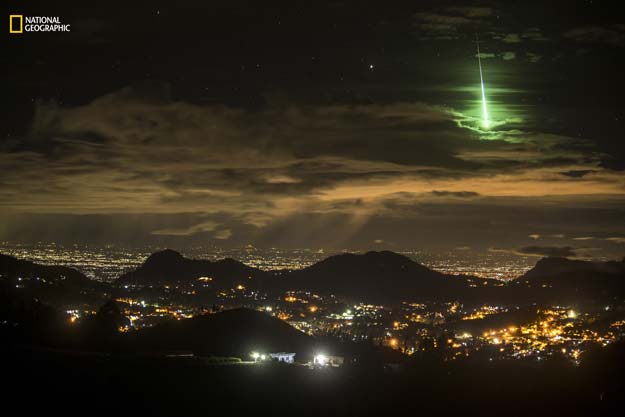