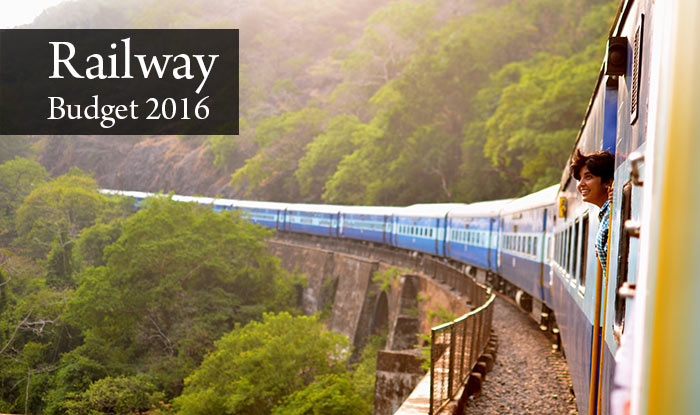 Railway Minister Suresh Prabhu presented the Railway Budget 2016 today amidst soaring expectations of commuters. This was Prabhu’s second Railway Budget. In the run-up to the budget, Prabhu ensured the work of his ministry was seen in full public view. Just last week, he inaugurated the first direct train from Southern Assam to New Delhi and even declared plans of introducing hostesses on the Delhi-Agra Gatiman Express who will welcome passengers with roses. For details of the Railway Minister’s speech, you can check our live updates page. While the budget has met with mixed reactions, here are the highlights from Suresh Prabhu’s Railway Budget 2016: Also Read - Priyanka Chopra’s Cousin Meera Chopra Files FIR Against Jr. NTR Fans, Who Are Sending Acid Attack, Rape, Death Threats

1. No hike in railway fares

4. 17,000 bio toilets and additional toilets in 475 stations before close of this financial year.

5. Clean my coach service to be available through SMS

6. Special toilets for people with disabilities

9. Increased quota for senior citizens and women travellers this year.

10. 2,500 water vending machines at railway stations have been provided.

12. Porters to have new uniforms and called sahayaks instead of coolies

13. All major stations to be brought under CCTV surveillance in a phased manner

14. To introduce Antyodaya Express, a long-distance, super-fast train, for common man to be operated on densely populated routes.

15. To introduce Humsafar Express, a fully air-conditioned third AC service with an optional service for meals.

16. Tejas, the future of train travel in India with operating speed of 130 kph and above, to get underway

17. E-booking ticket facility on the concessional passes available to journalists

19. Baby food, hot milk and water to be available on stations

23. Overnight double-decker trains to be introduced on business travel routes

24. IRCTC to manage catering service in phased manner. Local cuisine of choice will be made available to passengers

25. To capture automobile traffic, Indias first rail auto hub in Chennai to be inaugurated soon, more to be built later