Do you think trains in India take too long to get to your destination? Well, the Indian Railways has heard you and is delivering...kind of. It is going to speed up 500 trains and shorten the time taken by up to 2 hours. 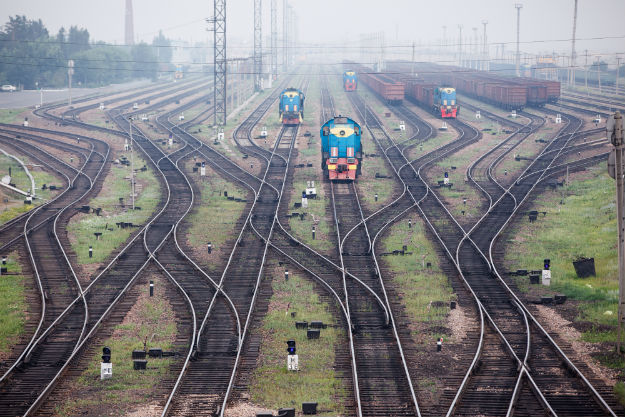 Asuvidha Ke Liye Khed Hai – we regret the inconvenience: that’s a line you’ll hear more often than you would like if you travel by train in India. It is the final line when a train delay is announced, a formal apology that is tacked onto the announcement and seals your fate: you’ll be at the station for far longer than you wanted to. And then you and millions of other passengers sit in platforms, some clean and some crumbling, waiting expectantly at the horizon for the silhouette of a train to pierce through it, like a old-school Bollywood hero. But fret not, because the Indian Railways has been hearing your woes and it is setting out to do, well, something. Its latest move will be to increase the speed of close to 500 trains and cut down the travel time by two hours. ALSO READ: Rajdhani Travelers Rejoice! Unconfirmed Ticket Holders May Soon Be Able to Fly to Their Destinations Also Read - Lockdown: IRCTC Suspends Bookings For Its 3 Trains Till April 30, Passengers to Get Full Refund

Piyush Goyal, the Union Railway Minister, has asked officials from the ministry he heads to come up with a timetable that will achieve this feat. And it has to be implementable from November. That’s a tough ask, and hopefully the ministry will be able to come up with something. The new plan will target around 50 trains for now, and the internal audit has already begun. These trains, all express and mail trains, should be converted into super-fast ones if all goes well. According to the ministry, this will increase the average speed of trains. And the plan will also have another benefit of increasing the available maintenance time for trains. Also Read - Only Patients, Students and People With Disabilities to Get Railway Concessions for Bookings as of Now

According to one railways official, this new move is aimed at using the existing fleet of trains more effectively. For instance, a train waiting to run to its original destination should be put to use instead. With the new plan, the trains would also not stop at stations that have fewer platforms. The plan includes a number of long-distance trains, including the Bhopal-Jodhpur line that covers 992 km. Another method of improving speed: cut down on halt times at stations. NOW READ: Passengers brother tweets to Indian Railways about delayed train, what happens next will make you proud!
Also Read - Need Of The Hour! Indian Railways Develops Wash Basin That Operates Without Touching

But the Indian Railways knows that using the existing train fleet is just one step to solving the chronic lateness of its services. Its other goals are more ambitious and notably more long-term, like improvements in railway and platform infrastructure, introducing trains that can travel faster at speeds of 130 kmph, and implementing automatic indicators.