The 14 km rail bridge from Katni will be connecting around 16 rail zones of India. 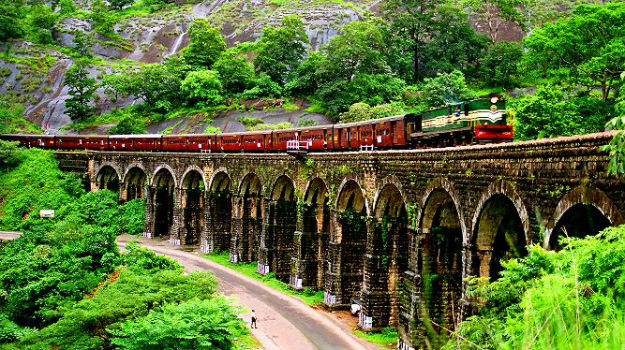 The longest rail bridge in India is currently the Vembanad Rail Bridge in Kerala that was inaugurated in February 2011. It is 4.2 km long and connects Edapally and Vallarpadam in Kochi. However, in the next five years, India’s longest rial bridge will be in Madhya Pradesh, that will connect Katni to the Bina line in Madhya Pradesh itself. The new rail bridge is designed to be 14 km in length which is more than three and a half times the size of the bridge in Kerala. Also Read - Madhya Pradesh Electricity Department Leaves Man Startled After Complaint, Says Remove BJP And Elect Congress For Cheaper Bill

ALSO READ Samjhauta Express: Train services between India and Pakistan t resume of February 25, 2016 Also Read - Passengers Coming by Flights to Madhya Pradesh Will be Scanned For COVID-19 on Their Arrival

The Cabinet Committee on Economic Affairs (CCEA) has cleared this railway project, which is expected to be completed by 2021. Initially, a proposal for the Katni-Singrauli project which was supposed to be longer was made, but the costs shot up to over Rs 70 billion. Soon, a new proposal was sent to the Railway Board and will be called Katni grade separator. The budget for this bridge is around Rs 6 billion. Also Read - MP Board Releases Datesheet For Class 12 Pending Exams | Check Details Here

Project has received clearance from the Cabinet Committee on Economic Affairs, the design and the survey of the bridge is also done. The bridge will be connecting close to 16 railway zones of the country enabling both, passenger and goods trains to benefit from the bridge that is likely to be completed in five years

The Katni Junction is considered to be one of the most busy junctions in the country and causes a lot of congestion that takes over two-four hours for goods trains to pass from the junction. On completion of the bridge, whether goods or passenger,  trains that don’t halt at the Katni junction will be able to head towards Bina.

Along with the Katni Grade Spearator, there are several other railway projects that have been cleared by the CCEA including the construction of the 165 km long third railway line between Katni and Anupur, the doubling of 160 km long Ramna-Singarauli railway line that is expected to be completed by 2019-2020. This project covers districts of Singrauli, Madhya Pradesh, Garhwa, Jharkhand and Sonbhadra, Uttar Pradesh. Another project that has been approved by the CCEA is the doubling of the Katni-Singrauli railway line, 261 km in length and the budget for it is Rs 20.84 billion.

Railway projects worth over Rs 100 billion have already been cleared.