A woman dressed in red is seen sitting on the rooftop of a house. 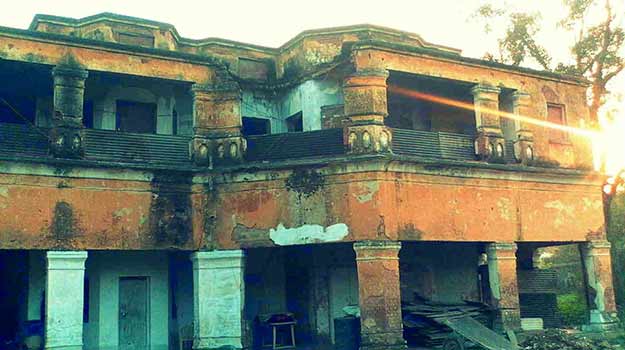 There is no dearth of haunted places in India or rather places that are deemed haunted because of one thing or the other. While some are considered spooky because a lot of people have felt or seen something supernatural, others continue to be labelled haunted because they are abandoned and send out an eerie vibe. Meerut’s GP Block is one such place. Also Read - Unlock Phase I in Rajasthan: Hotels, Restaurant, Clubs And Shopping Malls to Reopen From Monday | Details Here

This block has three buildings that lie deserted since the 1930s. No one lives here or even dares to live here for the place is believed to be haunted. A quick search on the net will throw at you stories of people spotting a woman dressed in red sitting on the rooftop. While others claim to see four men sitting inside the house drinking beer. And at times even sitting on the rooftop.

While this is the story that has been doing the rounds since a long time, many people have tried finding out more but did not succeed. According to a report published by a daily, many students from a nearby school tried going into the house but were shooed away. The report also says that a family of six was asked to stay on the ground floor of the building as caretakers by the Army. While none of others found anything spooky for over six months, the mother said she saw a lady wearing red and was spooked out.

This block in the city’s Cantt area has caused enough stir among the locals with people taking sides on whether the house is really haunted or not. We can’t say for sure what the truth really is but GP Block is on the list of the most haunted places in India, a label that will probably stay with it forever. Would you dare to go here?

Watch this video showing the house believed to be haunted: