Many have experienced dizziness, weird images and a strange eerie feeling after visiting this cemetery. 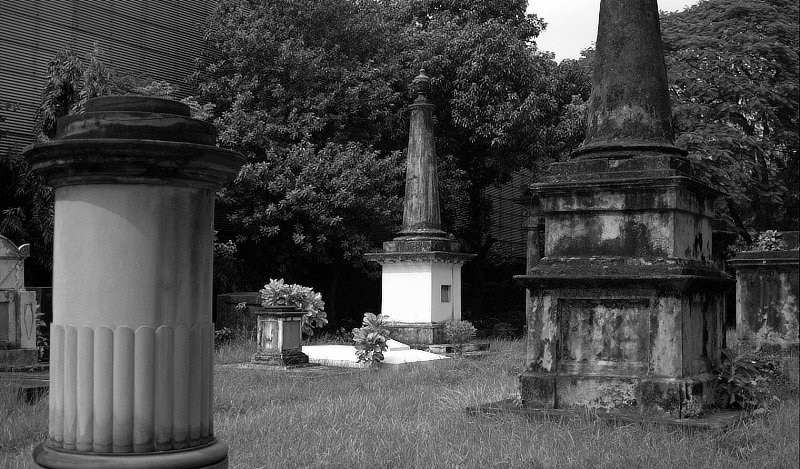 If you’ve been following our series on the most haunted places in India, you must have read stories about the haunted Sanjay Van in Delhi, the Dow Hill in Kurseong, the haunted Aarey Milk Colony and the Bhangarh Fort in Rajasthan. We also told you about the Ramoji Film City where strange things happen with the crew in the night and the Shaniwar Wada in Pune where you can hear cries of a young prince. If these have spooked you out, this one will really scare you. Today we tell you about the haunted South Park Cemetery in Kolkata. Also Read - How to Make The Most of Two Days in Kolkata - The City of Joy

Located in the Park Street area in Kolkata which is known for its pubs and food joints, this cemetery was one of the largest non-church Christian cemeteries outside Europe and America. Today, it is no longer in use and is a heritage site. The tombs are done up in gothic and Indo-Saracenic styles and there are about 1600 of them in the cemetery. The memorials too are known for their imposing architecture replete with sculptures and fine details. People flock here to see the beauty of this place and observe the epitaphs of people gone by. It makes for a beautiful capture for a photographer. Even though the cemetery holds historical importance and is visited by many every day, it is believed to be haunted too. Also Read - These Stunning Photos of Kolkata Will Tempt You to Visit The City of Joy

Many people have felt dizzy or fallen sick after coming here, people have captured weird structures on their cameras or complained of breathlessness even though they don’t have any breathing problems. Some have been spooked later after a visit here. There are others who haven’t felt anything but those who have experienced something strange cannot shake off the eerie feeling. Also Read - Most Haunted: Top 10 Places in Kolkata That Will Scare The Living Daylights Out of You!