Indonesia Opens its Museum of Modern and Contemporary Art

This is the first ever museum of contemporary art in Indonesia, located in west Jakarta. 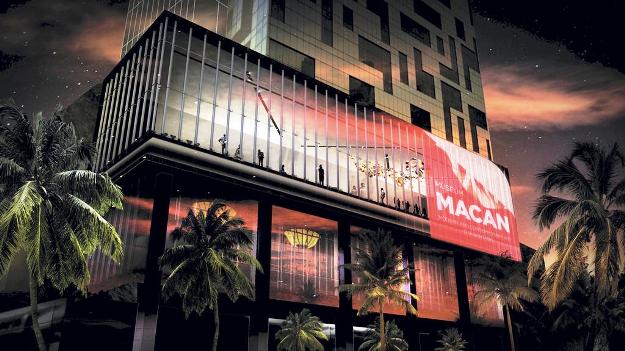 A new 4,000 square-meter private museum has just opened in west Jakarta, Indonesia, the first one in the country dedicated to contemporary art. The Museum of Modern and Contemporary Art in Nusantara opened in early November 2017 to the public, coinciding with the Biennale Jogja and Jakarta Biennale art events in Indonesia. The first ever exhibition of this museum has 90 works of art from 70 artists. ALSO READ: Berlins New Museum Showcases the Citys Incredible Street ArtBerlins New Museum Showcases the Citys Incredible Street Art Also Read - Indonesian Man Dresses Up as Spider-Man To Clean Up Plastic Waste, Urges Others to Do the Same

The museum, which is also called Museum MACAN, got its inaugural exhibition pieces from the collection of its founder and the head of energy giant AKR Corporindo, Haryanto Adikoesoemo. The top man of one of the biggest firms in Indonesia, Adikoesoemo has acquired around 800 works of art over the years, by artists from around the world. MACAN’s first exhibition, titled ‘Art Turns’, features works by a lot of big names, including Yayoi Kusama, Jeff Koons and Andy Warhol. Also Read - Malaysia PM Defends Criticism Over CAA, Says 'Need to be Frank' Despite India's Palm Oil Curbs

The MACAN also showcases work by prominent Indonesian artists, including the contemporary works of F.X. Harsono and the 19th-century art of Raden Saleh. It is a reflection of the growing and well-regarded arts movement in Indonesia. The museum itself fills a very prominent gap in Indonesia’s art scene. The ‘Art Turns’ exhibition is dedicated to this evolving art scene, showcasing how Indonesian art became influenced by international art movements. It also shows how, after Indonesia gained independence in 1945, the country’s art movement shifted drastically away from western styles to create its own identity. NOW READ: Breathtaking Museums in Goa for a Dose of History
Also Read - World's Largest Flower Which is 4ft Wide & Smells Like Rotten Meat, Spotted in Indonesian Jungle

And the museum is not attempting to shy away from controversy, showcasing the highly-debated 1994 piece ‘Lingga-Yoni’ by homegrown artist Arahmaiani Feisal. The artwork brought death threats against Feisal, who had to flee to Australia later on. Museum director Aaron Seeto said that adding Feisal’s work was a deliberate attempt to showcase the full history of Indonesia’s contemporary art.