Indore-Patna Express derailed near Kanpur: Here is a full list of trains that have been cancelled and diverted 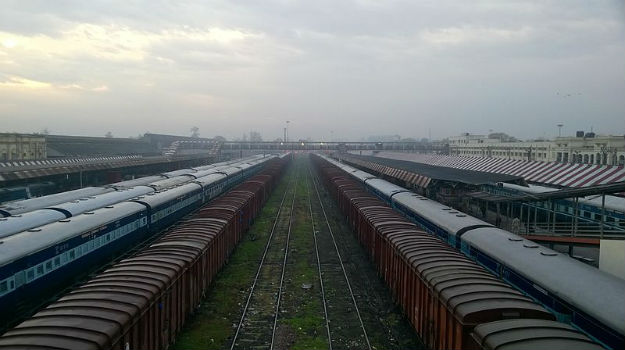 In the worst train accident of the past 6 years, the Indore-Patna express derailed 60 km from Kanpur killing at least 121 people and injuring more than 200. The train was carrying around 2,000 people at a speed of 100 kmph when it flew off the tracks at 3.10 am on November 20. 14 coaches of the train were derailed. Since most of the passengers were fast asleep, the accident led to such a huge number of casualties. NRDF and medical teams were rushed to the site for carrying out rescue operations immediately after the accident took place on Sunday morning.Crack in the railway tracks has been identified as the likely cause of this accident. Railway Minister Suresh Prabhu has promised a thorough probe into this accident promising severe action against those who may be responsible. In his tweet, Mr. Prabhu mentioned that compensation will be Rs. 3.5 L in case of death, Rs.50 thousand in case of grievous injury and Rs.25 thousand in case of simple injury. This amount will be in addition to the compensation which will be available through the Railway Claims Tribunal.(ALSO SEE 7 facts about Mumbai local trains thatll blow your freaking mind!) Also Read - Amid #VirushkaDivorce Trend, Anushka Sharma Shares a Sun-Kissed Picture, Virat Kohli is All Hearts | SEE POST

There have been several rail accidents in India in the past few months, the most recent ones being the Jhelum Express derailment in October and Bhubaneswar-Bhadrak train collision in September. However, the Indore-Patna train derailment is the worst one in the list of accidents in the past six years as it has claimed so many lives. The last such accident occurred in May 2010 when 148 people were killed on account of the Gyaneshwari Express derailing in West Midnapore in West Bengal.

India will soon get trains with glass top coaches!