Prime Minister Narendra Modi participated in a mass yoga demonstration in Lucknow this morning to mark the celebration of International Yoga Day 2017. These inspiring photos of PM Modi performing yoga give a glimpse of what you might witness during Yoga Day celebration in India and the world!

Today is International Yoga Day 2017. It started two years ago after Indian Prime Minister Narendra Modi persuaded the United Nations to declare June 21 as International Day of Yoga. Marking its third edition today, Yoga Day 2017 will be celebrated across 180 nations with a host of yoga events not just today but throughout the week. It goes without saying that India, yoga’s birthplace, also has a large number of events scheduled for this special day. Yoga celebrations are on in full swing all across India. (ALSO SEE International Yoga Day 2017: Best yoga retreats in India) Soldiers of the Indo-Tibetan Border Police performed a yoga session in Ladakh at 18,000 feet with temperatures falling to minus 25 degrees Celsius. In Mumbai, the aircraft carrier INS Vikramaditya became the venue for a yoga event organized by officers of the Indian Navy. But the most heartwarming celebration perhaps is the one involving Prime Minister Narendra Modi himself. This morning, PM Modi was at Lucknow’s Ambedkar Sabha Sthal leading thousands of followers in a wonderful mass yoga demonstration. It even started drizzling but that did not hamper the enthusiasm and spirit of PM Modi as well as the thousands in attendance. After participating in yoga day celebrations at Deli in 2015 and Chandigarh in 2016, this is the third time PM Modi has inspired millions to take up yoga. These photos posted on Prime Minister Narendra Modi’s Twitter account are only a glimpse of what you might see all over India today – a dedicated celebration of the 5000-year old healthy way of life called yoga! Also Read - On Call, PM Modi, Donald Trump Discuss Ladakh Standoff, Ongoing Protests in US, G-7 Summit 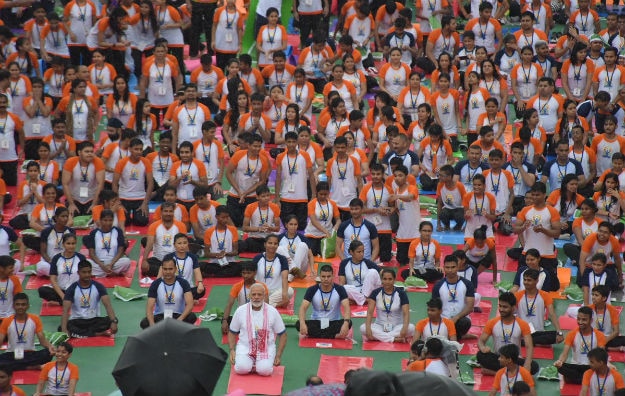 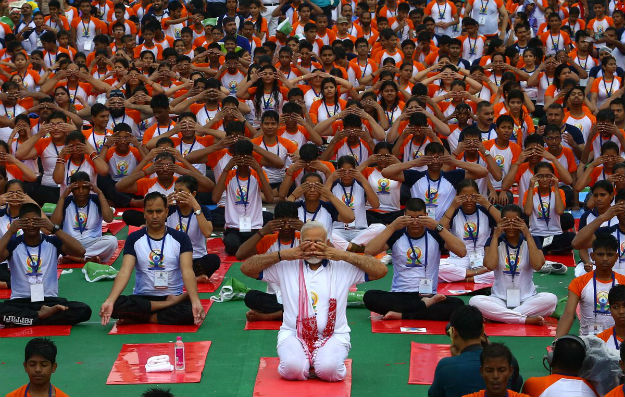 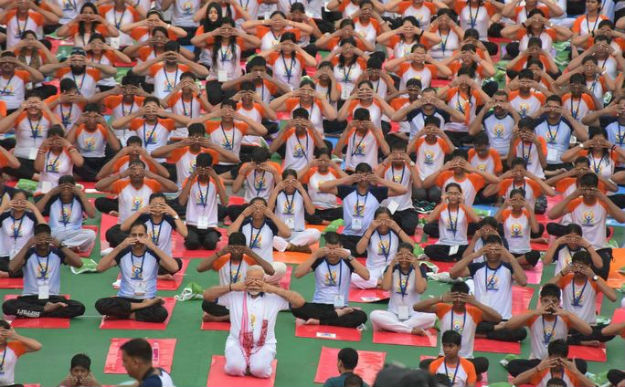 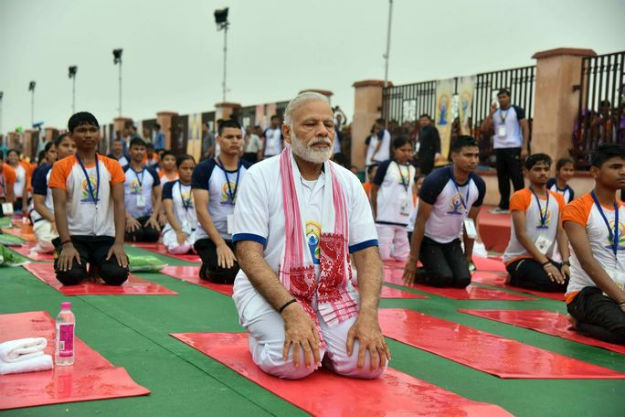