Is Dumas Beach in Surat, India Really Haunted? Read on to Find Out

Whether it is the black sand or because it was an ancient burial ground, no one knows. But there certainly is an eerieness in the area. 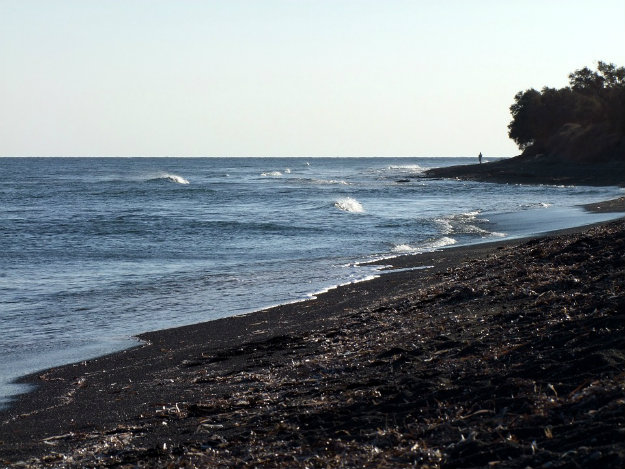 A popular tourist attraction as well as a place that is often visited by locals of Surat, the Dumas Beach is a black sand beach. But a quick Google search will tell you that it is also one of the most haunted places in India. Now is this really true? While there is conflicting information on the net with many saying this is all false, there are people who have experienced the presence of something too.Also Read - Unofficial 2nd Test Between India A and South Africa A Ends in Draw

One of the prime reasons Dumas Beach is considered haunted is because it was an ancient burial ground for Hindus and people believe that spirits still roam there and their whispers can be heard in the quiet of the night. During the day, this beach has a lot going on with several vendors, locals, tourists flocking there and stalls selling food and drinks. But as the night inches closer, you will find fewer people and a feeling of eeriness engulfs the area. Blame it on the rumours or the presence of ghosts, the beach is usually secluded at night as most people refrain from even taking a walk there in the dark. Perhaps the black sand and its history of being a burial ground add to the spookiness of the place. Also Read - Dignified Exit For Ishant Sharma? Minor Hamstring Strain Paves Way For Ajinkya Rahane's Selection in Rainbow Nation

A group of friends who are locals of Surat once decided to find out if the place is indeed haunted. They spent a few hours there in the day as well as in the night to find any truth to the rumours. And after their trip, they weren’t really sure what to believe. While they did not really see or experience the presence of any supernatural force, their photographs had a different story to tell. The photos had moving orbs in the shape of meteors that are said to be of a sign of the presence of paranormal activity. On one of the nights, something went wrong with the flash of their DSLR. Since they did not see anything unusual they are skeptical of it being haunted but they do confirm that the place certainly has an eerie feel at night. Would you dare to go here alone? Also Read - Ind vs NZ, 2nd Test: Out or Not Out? India Captain Virat Kohli Dismissed in Controversial Circumstances | Watch Video