Is Taj Mahotsav for foreign tourists only?

The 10-day long Taj Mahotsav at Agra seems to have disappointed the locals. 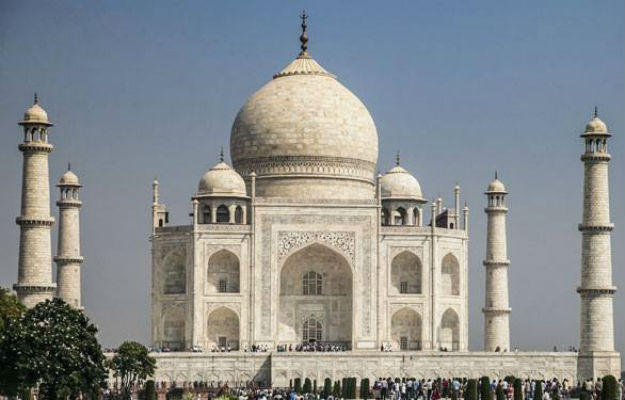 The Taj Mahotsav, an annual 10-day cultural extravaganza, ostensibly organised to attract foreign tourists, has been reduced to a local “mela-tamasha” (fun fair) and has in no way helped promote tourism in the city, industry stakeholders say. Also Read - UP Jail Inmates Manufacture Around 11.49 Lakh Face Masks, Provide 8 Lakh of Them to Government And Non-Governmental Organisations

The number of foreign tourists has been falling each year and the local ambience has hardly become “tourist-friendly,” said senior tourism industry leader Rajiv Tiwari, president of Paryatan Mitra, which formed a human chain to highlight the issues. Tiwari said there was a clear “disconnect” between government policies, perceptions and the requirements of the tourism industry. Also Read - 'Is This Atma Nirbhar Bharat Abhiyan?': Twitter Compares Indian Migrant Boy With Syrian Refugee Kid, Bursts in Anger After Agra DM Prabhu Narayan Singh Reacts Insensitively

At a press conference ahead of the Taj Mahotsav, which began on Thursday, Agra divisional commissioner Pradip Bhatnagar stated he did not want crowds at the programmes but tourists. Also Read - Coronavirus in Uttar Pradesh: As Numbers Spiral in Agra, Government Removes Top Medical Officer

“In that case, he should have organised the festival in a five-star hotel and not at the fair ground and at half-a-dozen spots in the city,” retorted an angry Ved Prakash, a guide.

“So many events in one month, starting with the Taj Marathon, the Taj Car race, the star-studded Taj Mahotsav, the golf tournament (a part of the festival), the Taj Literature Festival and so on. Instead of just one month, these activities should have been phased out and a calender of events for the whole year drawn up,” said senior hotelier Surendra Sharma, founder-president of the Agra Hotels and Restaurants Association.

“There is lack of planning and of understanding the dynamics of the tourism industry. Though the number of visitors to the Taj Mahotsav has been going up, the failure of the organisers to attract foreign tourists calls for a thorough review of strategies and efforts,” Sharma told IANS.

Some tourism industry leaders feel the Taj Mahotsav has made no impact on tourism and not helped in drawing foreigners. They say the original objectives to organise the fair were not being fulfilled. The fair had got too much localised like some kind of an extended village Haat.

The fair lacks its distinct appeal and thrust areas that could interest foreign visitors.

“The tourists fail to get a glimpse of the splendour and opulence of the Mughal era,” Rakesh Chauhan of the Agra Hotels and Restaurants Association told IANS, adding: “Year after year, you cannot go on repeating the same old features.”

“It should not remain a government show managed by indifferent bureaucrats. The industry too should share some responsibility,” Chauhan contended