Israel has seen the number of Indian travelers increase by more than a third from January to October, rising to the highest number so far. 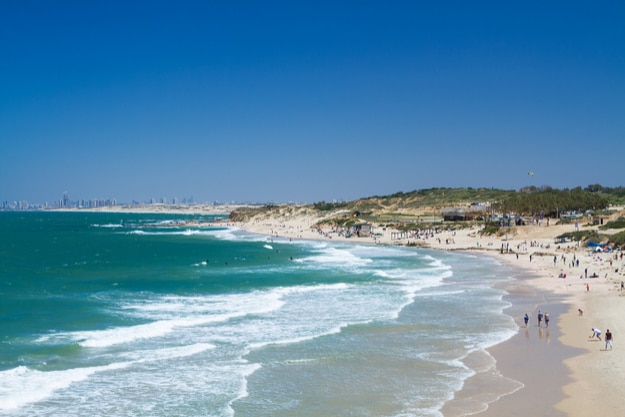 Beautiful views of the Mediterranean Sea and the beach in Palmachim. Israel

Israel natural beauty and historical legacy invited plenty of people to its shares. The still, healing waters of the Dead Sea, the beautiful and sometimes barren hills and valleys, and the centuries-old monuments and walls of Jerusalem and Nazareth invite millions each year. And many of them, as it turns out, are Indians. In fact, the number of Indian travelers landing in Israel from January to October 2017 has risen 34 percent over the past year’s ten months. ALSO READ: 5 Best Beaches in Israel every Indian must visit Also Read - Coronavirus Fears: Indian-Origin Youth Beaten up in Israel, Called 'Chinese' by Attackers

Israel recorded 49,000 Indian visitors from the start of the year until October, the highest ever in any comparable period. This year also saw the country cross the three million mark in terms of tourist numbers. The statistics were released by Israel’s tourism ministry, whose director Hassan Madah said that 2017 has been an important year. He added that India has been a big contributor, and it seems like the country’s efforts to promote Israel as more than just a religious pilgrimage has borne fruit. Madah hopes that 2017 will close with 60,000 Indian travelers arriving in the country. Also Read - Israeli Prime Minister Benjamin Netanyahu's Corruption Trial Delayed by Over Two Months 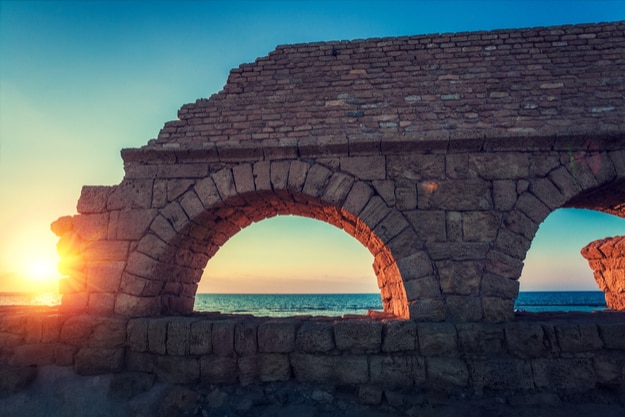 Remains of the ancient Roman aqueduct in ancient city Caesarea at sunset. Israel

Indian travelers aside, it’s been a good year for Israel’s tourism market. The three millionth tourists, Ioana Isac and Mihai Georgescu from Romania, were met with a ceremony at the airport. Prime Minister Benjamin Netanyahu was part of the ceremony as well, taking them on a private tour of Jerusalem’s Old City, from the Tower of David museum. The Israeli tourism ministry has been working on increasing flights and seats to the country. It has also been trying to make travel in Israel accessible to more people.  NOW READ: Planning to Head to Parvati Valley? Heres Why You Should Stay in Manikaran Instead of Kasol Also Read - Israeli Scientists Soon to Announce, They Developed Coronavirus Vaccine

Israel, of course, has a lot to offer beyond the sacred Western Wall and Temple Mount of the Old City. There are beautiful beaches looking out into the Mediterranean Sea, multicolored canyons, and modern bars and wineries to explore. It is a country that is politically charged and complex, and you realize it when talking to the locals. But it is also friendly, fun and full of wonders.