The town of Ain Sefra, called the gateway to the Sahara desert, saw up to 40 cm of snow on its dunes. 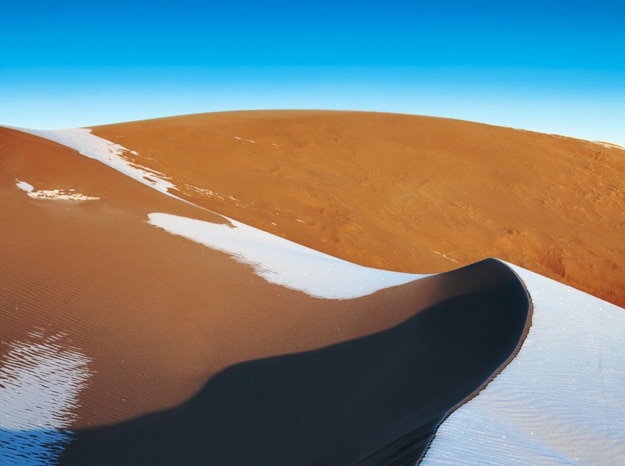 You would think that the Sahara desert is the last place to get snowfall, but that wasn’t the case for the Algerian town of Ain Sefra. In the early morning hours of January 7, 2018, the town and its dunes saw snowfall for the third time in four decades. So while it wasn’t heard of, it was still a sight to see. Children rushed out to play down the snowy slopes before the rising desert temperature quickly melted it all away. ALSO READ: Public Holidays and Long Weekends in January 2018 to Plan Your Getaways This Month Also Read - LS passes bill to ban unregulated deposit schemes

Ain Sefra is called the gateway to the desert, and has seen temperatures as low as -10 degrees Celsius during the winter months. A little less than 40 years ago, it saw a 30-minute snowstorm that caused traffic snarls. And in 2016 and 2017 the town saw snowfall. Speaking to The Independent, a Met Office spokeswoman said that the high-altitude regions near the Atlas mountains may see snow if the conditions were right. Also Read - L&T Hydrocarbon bags over Rs 7,000 cr order from Algeria's Sonatrach

The latest snowfall that blanketed Ain Sefra in parts was due to a freak winter storm, however. The snow stayed on until the evening hours, and other parts of the world have been seeing unusually cold winters too. Jammu and Kashmir, for instance, saw a record low temperature of -6 degrees in Srinagar, while Leh, Ladakh saw a minimum of -15.6 degrees. The capital region of Delhi too fell to 5 degrees Celsius. Down south, Chennai faced a cold wave too, with temperatures dipping to 19 degrees, pretty low given the usual climate at the coastal capital city. NOW READ: Festivals and Events in India in January 2018 to Kick off a Year of Travel
Also Read - Ahead of LS polls, more focus on villagers in Rs 44,388-cr Himachal budget for 2019-20

Beyond India and Africa, western countries have also been facing colder than usual weather. Florida, US saw cold waves and parts of the famed Niagara Falls also froze solid. Cuba too experienced the chills as the cold wave swept through America, possibly caused by the 2018 North American blizzard. Nobody really knows how these cold waves happen, but it is usually the result of strong winds combined with low temperature.