Shah Rukh Khan and Anushka Sharma's Jab Harry Met Sejal directed by Imtiaz Ali has been shot at some exotic locations including Prague in the Czech Republic. In the newly released song Radha, the two stars display their chemistry while treating you with some stunning views of Prague. 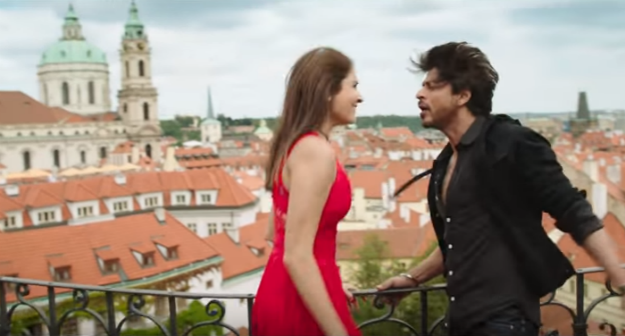 Imtiaz Ali’s Jab Harry Met Sejal is probably the most anticipated movie of this year. Starring the King of Bollywood Shah Rukh Khan and one of the most talented and gorgeous actors of the country, Anushka Sharma, the film is all set to hit theaters on August 4. Jab Harry Met Sejal has been shot at some of the finest locations in the world, one among which is the beautiful Czech Republic capital of Prague. As part of the movie’s promotions, the team recently released their new song Radha which has been shot extensively in Prague. It looks like Prague is slowly becoming a favorite of Bollywood. It is popular for its colorful baroque buildings, mesmerizing streets, Gothic churches, beautiful bridges, and a general medieval ambiance. You may remember that Priyanka Chopra posted some stunning photos from Prague earlier this month. And now, we have the song Radha from Jab Harry Met Sejal which makes us even more fascinated with the dreamy city which is a delight for backpackers, honeymooners and families alike. Not convinced yet? Who better than Shah Rukh Khan and Anushka Sharma to glamorize the wonderful Prague. Have a look! Also Read - Netflix's Betaal Receives Criticism: Actor Viineet Kumar Says 'It's Not an Audience-Friendly Genre' And Backlash is Expected

Have interesting travel photos youd like to share with us? Send photos from your travels to travel@corp.india.com, dont forget to mention where youve shot the picture and get a chance to be featured on our website! So what are you waiting for? Hurry! Also Read - Shah Rukh Khan Donates Undisclosed Amount to West Bengal CM's Relief Fund to Help People Affected by Cyclone Amphan

Have something to add to this story? Post your comments in the discussion board below; we will be thrilled to hear from you! Also Read - Anushka Sharma Hints at Paatal Lok Season 2, Says 'We Have Stayed True to Our Stories'