Jaipur Gets a New Sculpture Park: Here Is What You Need to Know about It

Jaipur, the pink city, is getting a new sculpture park at one of its most famous landmarks. 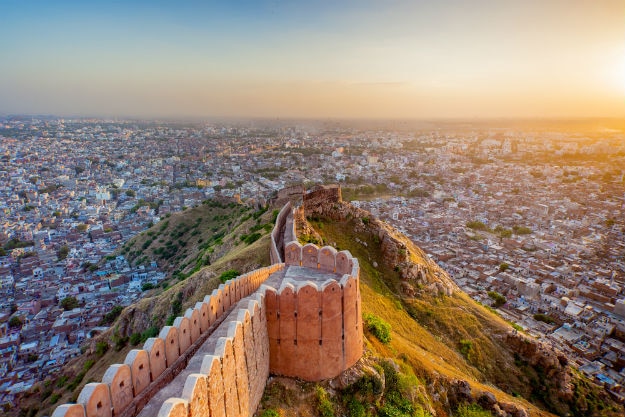 The Nahargarh fort in Jaipur

Rajasthan’s capital city of Jaipur is also the one with the most historical riches. Jaipur showcases the royal heritage and flamboyance, and the chaotic hustle and bustle of the state, all within its city borders. You’ll see sprawling palaces and forts, loud street shops, cycle rickshaws and camels, and people dodging their way through all of that. And come December 2017, you’ll also see a sculpture park in one of the most recognizable landmarks of a city that is chock-full of them. Here’s everything you want to know about the Jaipur’s brand new sculpture park. ALSO READ: Here are 5 things you should definitely do in Jaipur Also Read - COVID-19: 69-year-old Italian Citizen Dies at Jaipur Hospital; Death Toll in India Rises to 5

It is India’s first sculpture park

In a city full of attractions that are centuries old, the sculpture park will be a draw thanks to its newness. This is India’s first ever sculpture park. Interestingly, the idea of sculpture parks, of viewing art in the fresh outdoors, is something that dates back to the 18th century, when Rajasthan’s Rajput kingdoms ruled the land. The Yorkshire Sculpture Park in Wakefield, England was one of the earliest examples of a sculpture park. Also Read - Watch | Pigeon Spotted Flying Inside GoAir Plane, Take-Off Delayed By 30 Minutes

It is located in the Madhavendra Palace of Nahargarh Fort

We mentioned before that Jaipur’s new sculpture park will be located in one of Jaipur’s most renowned landmarks: the Nahargarh Fort. Built in 1734, the massive fort overlooks the city from a ridge towards the north. The sculpture park is at the Madhavendra Palace, once the main palace of the Rajput kings that reigned from the fort. The two-storied palace has multipled apartments across two stories, each with their own name and once dedicated to royal family members. Also Read - Kartik Aaryan Can't Stop Smiling as he Resumes Shooting For Bhool Bhulaiyaa 2 in Jaipur | Watch Video 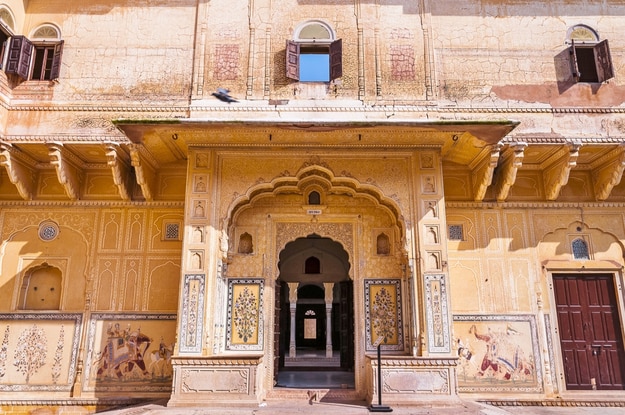 It will host an annual exhibition of art

The sculpture park at the fort is going to host an annual art and sculpture exhibition, with the first one starting on December 10, 2017. Dedicated to contemporary art and placed in a historic setting, the show promises to be very interesting. It will showcase both Indian and international artists’ works. This year, the works of 15 Indian and nine international artists will be shown. Major international art galleries like Salon 94, New York, Livingstone Gallery, The Hague and Hauser & Wirth, London are lending their works.

This is the first initiative of its kind

The park itself is a first in India, and so is the public-private partnership that brought it to life. The government of Rajasthan has come together with the non-profit Saat Saath Arts for the park, collaborating with a number of corporate sponsors and private contributors to showcase contemporary art at a heritage site. Peter Nagy, the Director of Nature Morte Art, is curating the exhibition. NOW READ: Nahargarh Fort Near Jaipur in Rajasthan May Soon Get A Thrilling Zipline

The new sculpture park in Jaipur is a creative experiment by the state’s tourism to highlight India’s artwork and one of the city’s historical treasures. Jaipur, of course, is no stranger to mixing contemporary culture with heritage. The Jaipur Photo international photography festival and Jaipur Literature Festival are examples of similar initiatives in the past. Based on their success, the Sculpture Park at Nahargarh Fort should be a hit as well. You’ll have to travel to the pink city this December to find out.