After over a thousand hours of digging, paleontologists in India have discovered the skeleton of an ichthyosaur

Gujarat may not strike you as a tourist destination. However, you would be surprised to know that the state is home to some spectacular tourist spots that are worth checking out. While the pilgrim spot of Dwarka and the commercial hub of Ahmedabad draw in crowds all year round, what is truly alluring about the state is the Kutch region located in Western Gujarat. Home to the Great Rann of Kutch in Bhuj, Western Gujarat is truly a natural wonder. And now, thanks to scientific discovery, the region has become all the more intriguing and enchanting at the same time. After over a thousand hours of digging, paleontologists in India have discovered the skeleton of an ichthyosaur, a marine reptile which according to scientists is more than five meters long bearing resemblance to modern dolphins and whales. This is a path-breaking discovery as it happens to be the first Jurassic era fossil to be found in India. Also Read - Over 2.34 Lakh Corona Cases, 1,341 Deaths in Last 24 Hours: India's Covid Crisis Deepens | 10 Points

The skeleton was discovered just south of the Lodai village near Bhuj in Western Gujarat. The findings of the discovery and the research related to it were published in the PLOS ONE journal last week. In an interview with the journal, one of the researchers Guntupalli V.R. Prasad said, “Vertebrate fossils are rare from the Kachchh region, and we were expecting only bone fragments from this area. So to find a near-complete skeleton is surprising as well as exciting.” Such fish lizards are believed to have lived on the planet between 250 to 90 million years ago. When the excavators found the fossil, its bones were encased in dense, sedimentary rock and posed a Herculean challenge for excavators working in a hot and arid desert region of Western Gujarat. Initially, the monster’s backbone was discovered and on further digging, the excavators found part of its jaw which was helpful as the teeth found offered some insights into the sea monster’s eating habits. Based on the patterns, the sea monster or fish lizard is believed to have been a top-tier predator that fed on hard and abrasive food material. Also Read - Nirav Modi's Extradition Approved by UK Home Minister Ahead of Boris Johnson's India Visit 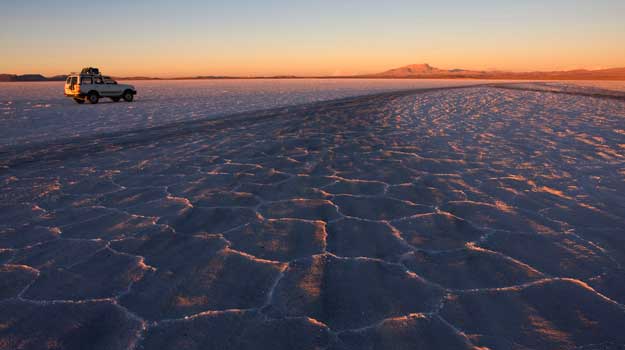 The discovery sheds some light on the diversity and evolution of Ichthyosaurs in the former southern supercontinent Gondwanaland where these marine reptiles were believed to be present in smaller numbers as compared to their abundance in the Northern Hemisphere continents. Since such a fossil is rare in India, this discovery suggests that at some point the seaway would have cut through land now covering India, Madagascar and South America, helping to explain how sea monsters like the ichthyosaur navigated through Jurassic oceans. According to what Mr. Prasad told National Geographic, what is most amazing about this discovery is that the skeleton found is not only the most complete ichthyosaur ever unearthed in India, but it is also the oldest by far, with previous discovered fossils being around 50 million years younger. Makes the Kutch region all the more alluring, doesn’t it? Also Read - India's Rapunzel With World’s Longest Hair Cuts Them After 12 Years, Locks to be Kept in Museum | Watch Video