Kailash Mansarovar Yatra Faces Yet Another Hurdle, Gets Suspended

Cloudbursts along the route between Malpa and Mangti resulted in eight deaths, and the Kailas Mansarovar Yatra was suspended temporarily as a result, with the pilgrims being airlifted to Dharchula using helicopters. 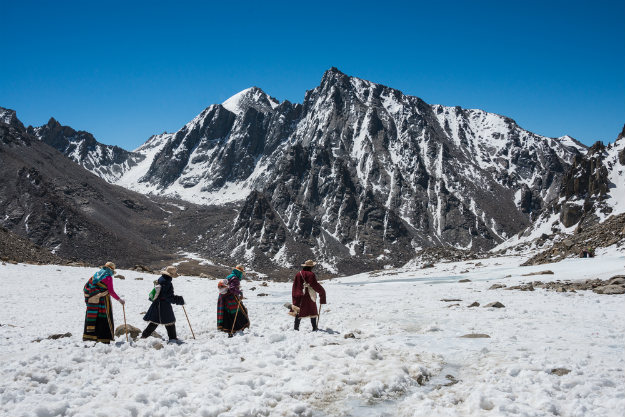 The Kailash Mansarovar Yatra is no cakewalk; a single Parikrama around the massive Lake Mansarovar, which lies at a height of 21,573 feet, takes three days and is said to wash away all your sins. But the 2017 yatra has been seeing hurdles ever since it was flagged off on June 15. The first batch of pilgrims had to turn back to Gangtok, Sikkim after China refused them entry. China and India are currently at loggerheads over a border dispute between Bhutan and China. The latest upset for pilgrims was a series of cloudbursts that blocked the route between Malpa and Mangti. Eight people died in the flooding caused by the cloudbursts, and pilgrims of the 16th Kailash Mansarovar Yatra had to be rescued by helicopters to Dharchula. ALSO READ: Kailash Manasarovar Yatra: Everything you need to know about this holy pilgrimage Also Read - Coronavirus in Uttarakhand: CM Rawat, Cabinet Members Under Home Quarantine After Minister Tests Positive

The cloudburst has put a stop on the Kailash Mansarovar Yatra this year, at least temporarily. While the 16th batch of pilgrims will now be airlifted to Gunji from Dharchula, the returning pilgrims of the 13th batch will be rescued and brought to Dharchula on August 17, Thursday. A total of 23 pilgrims from the returning 13th batch have already been airlifted from Gunji, where the outgoing 16th batch will be heading to. Meanwhile, the 17th batch of pilgrims, who have reached Almora so far, will also be taken by helicopters to Gunji to make it through the rest of the yatra. So far, of the 18 batches planned this year, 13 have completed the yatra successfully despite the problems. Also Read - 'No Massive Forest Fires in Uttarakhand': Forest Department Clarifies Fake News, Cautions Against 'Wrong' Pictures Shared Despite Rain

And there certainly have been plenty of problems. China’s and India’s border standoff raised tensions in the regions, shutting down the Nathu La pass in Sikkim that is favored every year. A massive landslide in Sichuan, China made things worse, burying more than 140 people. The first batch had to head back to New Delhi, and the government cancelled the Nathu La route after tensions between the two countries rose over the final weeks of June 2017. Instead, pilgrims had to make the arguably more challenging route through Lipulekh Pass in Uttarakhand. There was also the fact that vacancies along the Lipulekh Pass route are only available if some people drop out. CHECK OUT: 6 Most popular religious destinations in India Also Read - '2020 Is So Cruel': Heartbreaking Visuals of Uttarakhand Forest Fires Emerge on Twitter, Netizens Appeal For Help

The Sikkim route to Kailash Mansarovar has been a favorite ever since it opened up in 2015 to the general public. The yatra is considered holy by Jains, Buddhists and Hindus and takes place between June and September every year. The journey takes you deep into the Northern Himalayas and into the Tibetan plateau. It is also a highly spiritual journey that takes you to the source of the Indus, Sutjej, Ganges and Brahmaputra Rivers. More than anything, the Kailash Mansarovar Yatra is a life-changing pilgrimage that takes devotees in a journey deep within their own souls.