Kala Ghoda Arts Festival 2018: Everything You Need to Know

Mumbai will host the Kala Ghoda Arts Festival 2018 this weekend. Here is everything you need to know about this year's events. 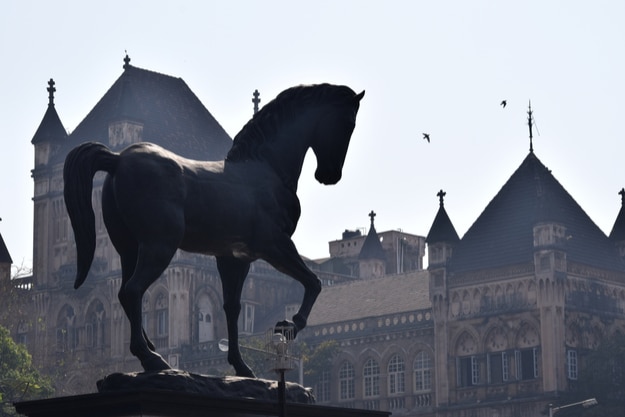 Every year, the Kala Ghoda Arts Festival in Mumbai celebrates the city’s spirit of art and culture. For nine days, South Mumbai’s arts district will be the center of attraction. And this year’s edition begins tomorrow on February 3, 2018. That is nine days of comedy events, art installations, theater and dance performances, delicious food, design workshops and much more. The theme of Kala Ghoda Arts Festival 2018 is Hara Ghoda, dedicated to environment-friendliness and sustainability. Here are a few of the performances to look out for this year. ALSO READ: 15 Reasons why Mumbai is the Best City in India Also Read - 'Touching Gesture'! Narayana Murthy Touches The Feet of Ratan Tata And Twitter Can't Stop Hailing The 'Historic Moment'

This is a heritage walk that will take you through Mumbai and give you glimpse of Bombay from two centuries ago. Experience the evolution of cinema and picture palaces and find out how Mumbai became the City of Dreams. The heritage walk is scheduled for 4:30pm on February 8, at Capitol Cinema. Also Read - JNU Violence Highlights: Student Protests Emerge Across Delhi, Mumbai, Kolkata; Film Fraternity Joins in

Catching the feature-length documentary that everyone is talking about at 3pm on February 3, at the Coomaraswamy Hall. Ask the Sexpert is an award-winning documentary that tells the story of Dr. Mahinder Watsa, who has been running the eye-opening and witty sex advice column in an Indian daily for decades. Also Read - PMC Scam: With Rs 90 Lakh Stuck in Beleaguered Bank, ex-Jet Airways Staffer Dies of Cardiac Arrest After Attending Protest

This one is another film you simply must not miss. Airing at 2:30pm on February 6 at the Coomaraswamy Hall once again, One Heart follows the Mozart of Madras himself, AR Rahman, on his whirlwind tour of North America. The film shows a rarely-seen part of the musician as he interacts with bandmates and rehearses for his concerts at 14 cities.

The 13th-century art of oral storytelling in Urdu, Dastangoi has been in revival since early the 2000s, and the Kala Ghoda Art Festival is going to feature a rendition in this style that you shouldn’t miss out on. Presented by The Phoenix Players , Amir Hamza and Amar Aiyaar will regale the audience with stories from their childhood in Dastangoi. Catch the performance at the Babasaheb Dahanukar Hall at 5:30pm on February 8. NOW READ: Navi Mumbai Airport to Come Up in 5 Years, Says Civil Aviation Minister

Brahmaputra  The Story of a Mysterious River

The Kala Ghoda festival will feature a lot of music performances, one of the highlights being Brahmaputra. This will take you along the path of the Brahmaputra river and the cultures that have evolved alongside it, with an emphasis on saving the river and the importance of conserving water. Catch the show at the Museum Gardens at 5:30pm on February 11.