As we get closer to Navratri 2017, here is a look at one of the famous Kali temples in Kolkata where Durga Puja 2017 is expected to be celebrated on a huge scale. The Kalighat temple in Kolkata is a must-visit for all devotees and Durga Puja enthusiasts alike.

Durga Puja 2017 is just round the corner. This means that a number of places in West Bengal must be gearing up for the most convivial and devout celebrations of the year. Durga Puja is celebrated on a large scale by Bengalis in most parts of India but especially in Kolkata. During the festival, the city of Kolkata hosts the most astonishing pandals that are visited by thousands of devotees on a daily basis. From marvelous displays of musical and folk dance performances to several cultural events bringing people together, Durga Puja is marked by some fine activities. It is undoubtedly the best time to visit Kolkata or West Bengal to witness the culture and tradition in this part of the country. While the pandals put up a great show, it is the temples of Kolkata where the most auspicious rituals and events take place during Durga Puja. Kolkata has many beautiful temples dedicated to goddess Durga and her various incarnations or forms. One such revered temple is the Kalighat Kali temple. You may not have heard of it as a prominent tourist attraction. However, these interesting facts about the Kalighat Kali temple will tempt you to visit it at least once.Also Read - Kolkata Restaurants Run Out of Food After 'Revenge Dining' During Durga Puja; Close Eateries Before Time 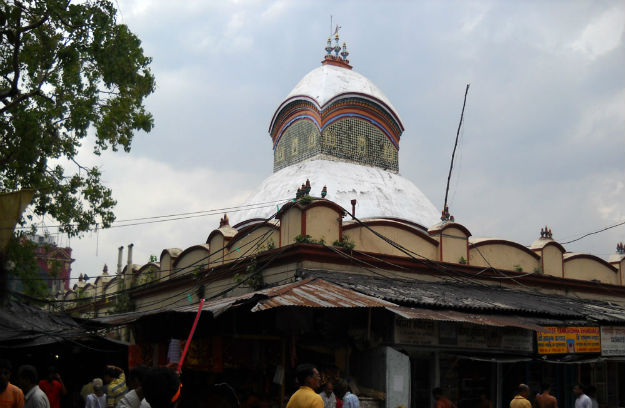 It is one of the 51 Shakti peeths that are considered sacred in Hindu religion. The 51 shakti peeths are the locations where Sati’s body parts are said to have fallen during Shiva’s rudra Tandava. It is believed that the toes of Sati’s right foot fell at Kalighat. Also Read - Edesia Review: Bengali Food Festival ‘Bong Connection’ Offers Tempting Street Food With Durga Puja Vibes

Kalighat Kali temple is located in Kolkata on the banks of the River Hoogly (or Bhagirathi). However, over time, the river has moved away from the temple which is now on the banks of a little canal called Adi Ganga. This canal connects to the river Hooghly.

The Kalighat temple finds a mention in several historic texts like the 15th century Mansar Bhasan and the 17th century Kavi Kankan Chandi. However, as it stands today, the temple is just about 200 years old. 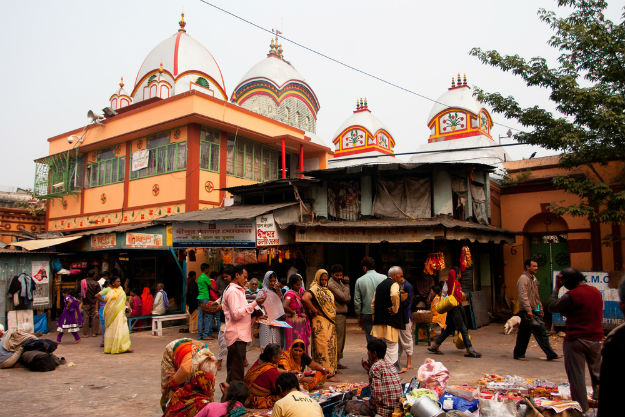 The Kalighat Kali temple is also unique on account of the Kali idol installed here. Created by two saints – Atmaram Brahmachari and Brahmananda Giri – the touchstone idol has three huge eyes, and a long protruding golden tongue. The four hands of Kali in this idol are also made of gold. ALSO SEE 15 Bengali Delicacies You Have To Try In Kolkata!

With Navratri 2017 just round the corner, you should consider paying a visit to the Kalighat Kali temple in Kolkata to witness thousands of devotees dressed in traditional attire displaying great fervour and devotion for goddess Kali thorugh their chanting, prayers and folk dances.