The Kalinga Utkal Express that connects Puri in Odisha to Haridwar in Uttarakhand derailed on Saturday evening causing casualties and injuries. Here are some interesting facts about one of India's most important express trains. 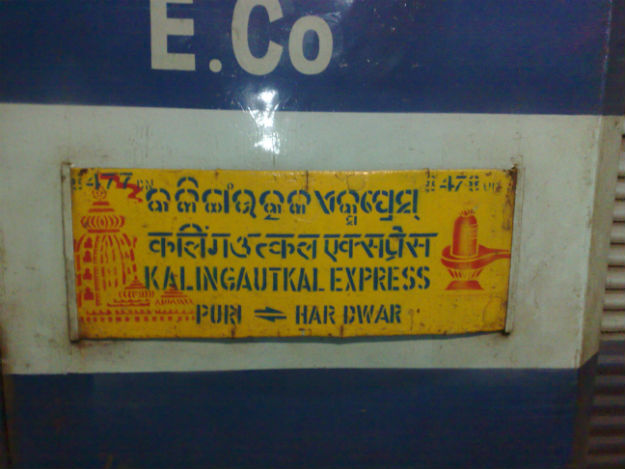 The derailment of the Kalinga Utkal Express near Khatauli in Uttar Pradesh has come as a shock to the people of India. Considering that Indians take their pilgrimages very seriously, when a train that connects one of the most important pilgrim routes of the nation meets with an accident, it is bound to be a matter of concern. The accident has made news and stirred up quite a controversy with several incidents from the Congress expecting Suresh Prabhu to own up for the accident to a viral audio clip pointing towards Railway negligence. (ALSO SEE Passengers brother tweets to Indian Railways about delayed train, what happens next will make you proud!) Railway Minister Suresh Prabhu has assured that he will not allow laxity in operations by the Railway Board. Amidst all this, it is worth noting that the Kalinga Utkal Express happens to be one of Indias most prominent Express trains. Here are 5 interesting facts about the Kalinga Utkal Express which met with the disaster on Saturday evening. Also Read - IRCTC Latest News: Rs 1885 Crore Refunded to Passengers Who Booked Tickets During Lockdown

1. The Kalinga Utkal Express connects two of Indias major pilgrim centers  Haridwar in Uttarakhand and Puri in Odisha. While Haridwar is known for the famous Ganges aarti by the ghats, Puri is popular for the marvelous Jagannath temple which is one of the four major centers of Hindu pilgrimage. Also Read - Indian Railways Latest News: This Trains Have Been Rescheduled Because of Cyclone Nisarga | Check List

2. The Kalinga Utkal Express originates from Puri in Odisha and takes around 48 hours to reach Haridwar. On its route, the train stops at major junctions like Cuttack junction, Rourkela junction, Jhansi junction, Gwalior Junction, Mathura Junction, and Meerut Junction. Also Read - Taking Trains From or Deboarding at Delhi From June 1? Check Entry And Exit Plans of Stations Here

4. The Kalinga Utkal Express is a daily service and covers a distance of 2,368 km to connect Puri to Haridwar. It takes 74 stops in all on this route.

The Kalinga Utkal Express surely is one of the most important trains running in the country, transporting thousands of pilgrims and travelers from across some major Indian states. Our thoughts and prayers are with the families of those who lost their lives in the tragic rail accident on Saturday. We hope that the Railway Ministry does whatever is necessary to ensure safety of passengers in the future.