Karan Johar is on Top of His Style Game in Monaco! VIEW PICS

These amazing vacation photos of Karan Johar in Monaco will give you travel goals. 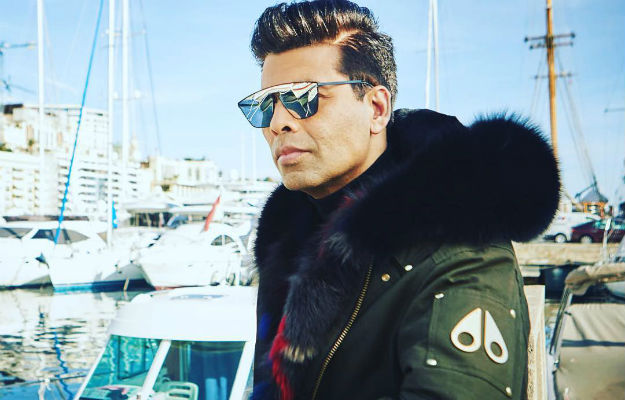 If you were to name the three top directors of the present Bollywood, Karan Johars name would be on that list. The Kuch Kuch Hota Hai director has made a name for himself not just in film making but also hosting and acting. His show Koffee with Karan is a big hit among Bollywood fans and every reality show he is part of as a judge too is loved by millions of TV-watching Indians. With such a busy work schedule, it is obvious that Karan Johar is always on the move. Be it for work or vacations, Karan travels to some of the most amazing destinations in the world. He often posts pictures of his vacations on his Instagram account posing with the famous pout that many of his followers have come to replicate. (ALSO SEE Gauri Khan Chills with Suhana and AbRam in Malibu, One of The Best Beach Destinations in the World) The Bombay Velvet actor is currently in Monaco and by the look of it, is having a great time. Here are some lovely vacay photos of Karan Johar from Monaco! Also Read - Two Doctors of Delhi's Safdarjung Hospital Assaulted While Buying Grocery, Case Filed

That’s what he calls traveling light! Also Read - Do You Have Celiac Disease? You May Die Prematurely

A post shared by Karan Johar (@karanjohar) on Nov 21, 2017 at 3:15am PST Also Read - Entertainment News Today April 9, 2020: Zoa Morani Feels Much Better Says She is Responding Well to The Treatment

There is that famous Karan Johar pose and expression.. this time against the beautiful Monaco backdrop!

And here he is asking you to visit Monaco!

Looking snazzy as ever!

Let’s hope Karan keeps traveling the globe and posting more photos of landscapes from all over the world. Be it his films or his Instagram account, we just love the amazing locations he shoots at.