Kargil Day 2016; a day to remember India's war victory and to commemorate our fallen heroes.

Kargil Day or Kargil Vijay Diwas is observed to mark the end of the Kargil War. The war that lasted about two months was fought mainly in the Kargil sector of Jammu and Kashmir between India and Pakistan. Both sides lost many soldiers and the war came to an end when on July 26, 1999 India fought and took command of the outposts that had been lost to Pakistani intruders. Kargil Vijay Diwas is observed not just in the Kargil-Dras sector but also in New Delhi where the Prime Minister of India pays homage to the war heroes at Amar Jawan Jyoti at India Gate. Also Read - Wait Ends: Mobile Internet Services Back in Kargil After 145 Days

How did the Kargil War start? 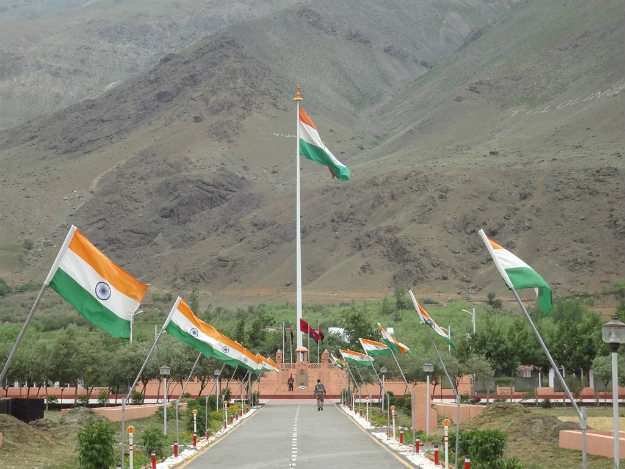 After the Indo-Pakistan war of 1971, the two sides rarely engaged in direct armed conflicts even though both the countries have consistently tried their best to control the Siachen Glacier by setting up military outposts on nearby mountain ridges. This had resulted in military scuffles in the ’80s which escalated in the ’90s. The nuclear tests that were conducted both by India and Pakistan in 1998 only made it worse. But just when everything seemed to be lost, both the countries signed the Lahore Declaration in the February of ’99 to provide peaceful solutions for the Kashmir conflict.

But, by some accounts, in the same year elements of the Pakistani armed forces were secretly training their troops to enter the Indian side of the Line of Control (or LoC). Their aim was to sever the link between Ladakh and Kashmir and also to force the Indian Armed Forces to withdraw from the Siachen Glacier.

Initially the Indian armed forces had very little idea about the nature of this infiltration. Assuming they were jihadis, Indian armed forces expected to evict them in just couple of days. However, it was only later that they realized that the whole plan of attack from Pakistan was much bigger and they spotted infiltration also along the LOC.

The Government of India responded  confidently with Operation Vijay and they recruited approximately 200,000 Indian troops to fight. A total number of 527 soldiers of the Indian Armed forces lost their lives during this war.

The war that ended on July 26, 1999 is remembered and commemorated every year on the same a day, in the name of Kargil Vijay Diwas. This day is a proud moment for every Indian and thus is celebrated on a large scale all across the nation.