On the occasion of Kargil Vijay Diwas 2017, we shed light on the actions of the 8 Mountain Division of the Indian Army, which was at the forefront of the Kargil War of 1999. The division is on a cycling expedition from Leh to Delhi to commemorate the day and spread the message of peace and bravery. 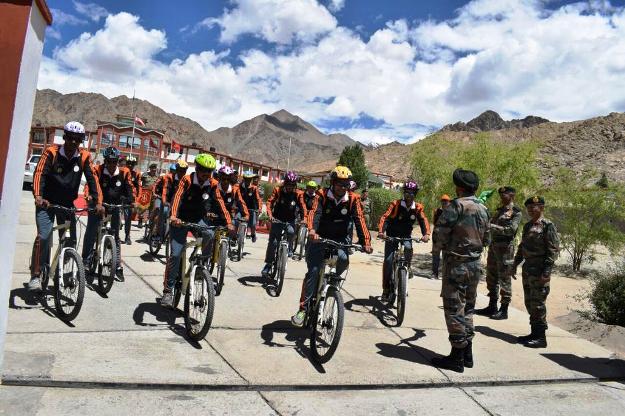 On this day, July 26, 18 years ago, the Indian Army won back the high outposts in the Kargil district of Jammu and Kashmir, sacrificing life and limb to fight back Pakistani intruders. The Kargil War of 1999 was the first direct war between India and Pakistan in nearly 30 years, and today marks the end of conflict and victory of India. The Kargil War Memorial in Dras stands as a symbol of the war, dedicated to the young, brave lives lost in the conflict. To commemorate the occasion of Kargil Vijay Diwas 2017, the Indian Army are currently on a 1,100 km trans-Himalayan cycling expedition that will end today. Also Read - First Confirmed Case of Coronavirus in Indian Army As Jawan in Ladakh Tests Positive for COVID-19

The expedition started from Leh on July 11, spreading the message of unity, peace and the spirit of the Indian Army and the sacrifices and bravery of the soldiers who fought in the war. The expeditionary team reached out to civilians and veterans along the way to spread their message, and will end their grueling tour today in Delhi. The 15-member team is part of the prestigious and highly-decorated 8 Mountain Division of the Indian Army. Also Read - Yoga Day 2020: Leh to Host This Year's Main Event; 15,000 Participants Expected to Attend

The division, raised more than 50 years ago, has been at the forefront of every major army campaign since the 1960s. Fittingly, the motto of this division is ‘Forever in Operations’. During the Kargil War, the division fought and took back command of the impossible high-altitude outposts of Kargil-Drass and Batalik overtaken by the Pakistanis, losing the lives of many brave men along the way. The cyclists have been traveling through some of the most scenic mountain routes in the country, and probably the world. They passed through the majestic Rohtang Pass and the winding Himalayan roads of Ladakh, Kashmir and Himachal Pradesh, before making their way down to the plains down to Delhi. ALSO READ: Kargil Day: 10 photos that showcase the beauty of Kargil

A road trip to Leh, Ladakh is probably on everyone’s bucket list, and those who have made the journey want to do it over and over again. And like all great destinations, the beauty of Leh lies in its journey. Thousands have made unforgettable memories along the scenic Leh-Delhi road. The route is an endless roll of one picturesque location after another, with the Beas and Chandra Rivers for company. From the dangerous yet beautiful Rohtang Pass to the hairpin bends of Baralacha la, and onwards to the famed Gata Loops roller coaster ride to the barren red mountains that are prone to landslides. From there, you move on to the Nakee La pass over the Indus River and onto the barren mountain pass of Lachung La. The further north you go, the more surreal it gets. 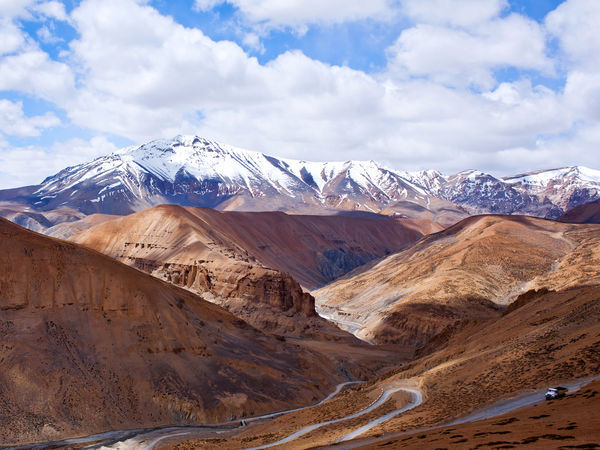 The journey along the Leh-Delhi road comes with plenty of danger, especially on a cycling trip. This expedition by the Indian Army is indeed an inspiration for all those who want to push their limits for a cause that is above themselves. It is a reminder of the immense sacrifice that India’s soldiers have given for their motherland in the past, and the duty that today’s soldiers still fulfill, no matter what stands in the way.