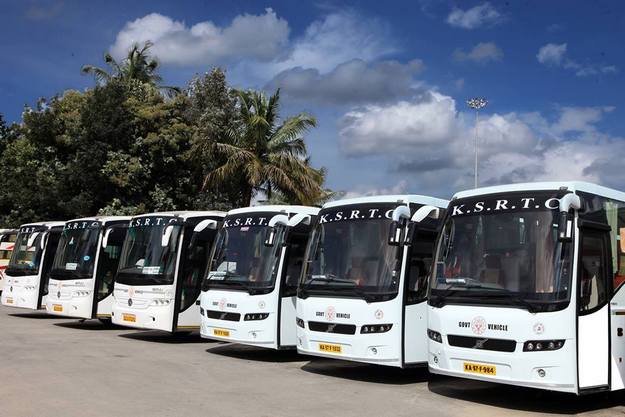 Also Read - Not Kidding: Condom Sales go up in Mumbai as Locked Down Couples Spend More Time Together

Starting today, more than 100,000 employees of the state-owned Karnataka State Road Transport Corporation or KSRTC have struck work to demand a hike in salary. As a result almost 23,000 KSRTC buses will stay of the road throughout the state. The strike will also affect Bengaluru or Bangalore with a total of 1.23 lakh employees joining the strike. According to Karnataka’s transport minister Ramalinga Reddy, the employees have been demanding a 35 per cent hike in salary at a time when the government is ready to give out just 10 per cent. Reddy said that the 30 per cent hike would burden the state exchequer Rs 4,550 crore, something that they couldn’t afford. Meanwhile, the government has declared a two-day holiday for schools across state because of the strike. If you are traveling to Bangalore today you will mostly have to depend on Uber or Ola or simply travel around in the Bangalore Metro. Private transport buses will be pressed into service for the duration of the strike. Bengaluru or Bangalore is counted among Asia’s fastest-growing cosmopolitan cities. With great climate, gardens, parks and natural lakes Bengaluru has come to be known as the Garden City of I ndia. Bengaluru is also home to several pubs and discotheques and has been increasingly becoming popular among large software companies from around the country and indeed the world. Also Read - Best Places to Celebrate New Year in India

Karnataka is also home to some of the most beautiful sights in the world. From the majestic Mysore Palace that comes alive during the Mysore Dasara celebrations each year to the abandoned ruins of Hampi that are the remains of the capital of the erstwhile Vijayanagar Empire. According to the latest government data, Karnataka ranked fourth in the list of the most popular tourist destinations in 2015. Last year it attracted 119.9 million domestic tourists, considerably more than Kerala and Goa, its two superstar neighbors.