Kashmir Great Lakes Trek 2017: Route, best time and everything else you need to know about this beautiful trek

With the monsoon about to arrive, consider doing the Kashmir Great Lakes Trek. 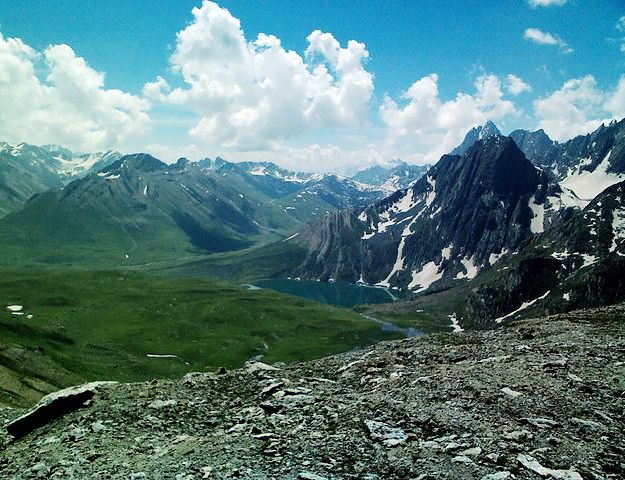 Snow-capped mountains, alpine lakes and hidden valleys drenched in rain; that is just a small description of the sights you see on the famous Kashmir Great Lakes Trek. Considered one of the most beautiful treks in the country, the Great Lakes trek takes you from Sonmarg to Srinagar along the Nachnai, Gadsar and Zaj passes. The view that you get along this eight-day trek is unlike anything else you would encounter if you went by road along the usual touristy routes. ALSO READ: Top 10 easy Himalayan treks for beginners Also Read - 'Must be Set Free,' Omar Abdullah Calls to Release Mehbooba Mufti From Detention

The vista and the trek itself leave you with many memories, of blessed lakes named after the gods and passes that were, until recently, completely cut off from civilian activity. For those who love nature and want to immerse themselves in it, this is the trek to take. And while the eight-day journey is physically challenging to say the least, the trek is of a moderate grade, making it accessible to amateur trekkers and physically fit first-timers. Also Read - CRPF Jawan Martyred, Another Injured as Militant Hurls Grenade at Patrolling Party in Kashmir

The trek covers 72 km in total, starting at an altitude of 7,800 feet in Sonmarg and concluding at Naranag, which lies at 7,450 feet. Along the way, the highest point you reach is 13,750 feet at the Gadsar Pass. The path takes you through the mountains, with sharp climbs and descends aplenty. The trek is perfect for two kinds of folks: those who find their thirst for adventure satisfied in the midst of mountains and those who prefer to relax and experience nature untouched. Also Read - Mehbooba Mufti Shifted to Official Residence, But Detention to Continue

The Great Lakes trek is best done during the monsoon months from June to September, when rains come down on the pristine lakes of Krishnasar, Gadsar, Nundkol, Gangabal and Vishansar. Seeing these lakes shimmer with the rainfall is a sight to behold, despite the added challenges. The rains wash away the snow, clearing the trekking trails, and feed the lush green grasslands of the valleys, softening the path for you. It does get cold with the temperature ranging from around 15-1 degree Celsius, but the weather only adds to the excitement. After September, things can get a little unpredictable, and you may have to face snow and cold temperatures in the negative. 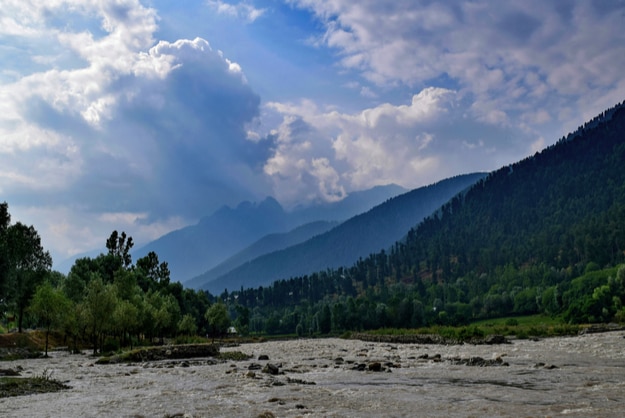 A picturesque morning on Sindh river near Sonmarg

The five lakes that are mentioned above are just the major ones that you see along the trek. You can also find several smaller lakes that are just as beautiful and sacred as the others. You get to camp by the Sindh River on the first day before venturing through dense pine, birch and maple forests the next day. The trek gets a little challenging with steep and rocky trails from Gadsar Pass, but then you reach Satsar, with its glistening lakes and wild flowers that stand in sharp contrast to the endless green grassland.

The trek is open to anyone above the age of 14 years, though you do need to be fit enough to make the 72 km, eight-day journey. The high altitude can also cause bouts of dizziness, headache and mountain sickness, but they can all be taken care of with the right guidance and precautions. And the trek is ideal for those who prefer to go off the beaten path and explore a less commercial side of the Kashmir Valley. It makes you realize that the poems and songs celebrating the beauty of Kashmir are not just hyperbole; the valley is just as beautiful as the poets described them, if not more. NOW READ: Trek To Annapurna Base Camp In The Himalayas