A road accident killed two and injured 28 people along the Srinagar-Jammu highway. What followed was heartwarming. 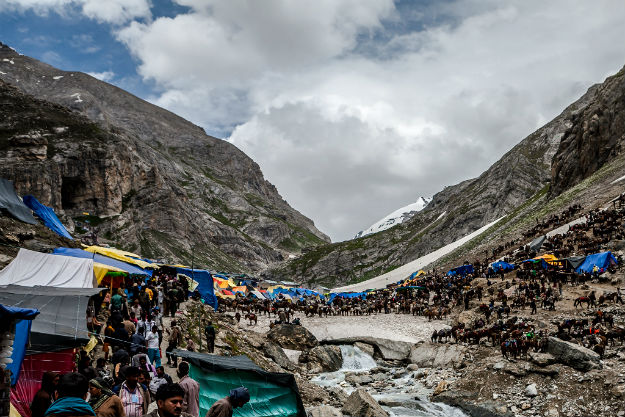 A road accident on Wednesday killed an Amarnath yatri and a local driver and injured 28 pilgrims. The pilgrim was identified as Pramod Kumar while the driver was one Bilal Ahmed, a local from Ganderbal near Srinagar.  The accident took place in Bibjehara along the Srinagar-Jammu highway. Also Read - Mumbai Receives Highest Single-day Rain in 5 Years; Powai Lake Overflows, High Tide Hits Colaba

ALSO READ Amarnath Yatra 2016: Significance of this Hindu pilgrimage Also Read - Monsoon is Here And so Are The Food-Borne Illness! Pay Attention to The Illness as They Pose Grave Danger

Large parts of Jammu and Kashmir are under curfew currently; Bibjehara is one among them. But the curfew didnt stop the local Muslim residents who rushed after they heard the mini bus crash. According to various reports, the residents risked their lives and started an impromptu rescue operation. The locals have been mourning the death of two local youth who were killed by security forces in the recent firing incidents in the state. Also Read - BUR vs SHF Dream11 Team Prediction Premier League 2019-20: Captain, Vice-captain, Fantasy Tips For Today's Burnley vs Sheffield United Football Match at 4:00 PM IST July 5

ALSO SEE Amarnath Yatra: How to go there and travel options for pilgrims from Mumbai

Bijbehara is J&K chief minister Mehbooba Muftis hometown and the CM saluted the efforts of the locals who amid trying circumstances helped and evacuated the Amarnath yatris injured in the road accident.