Kate and William in India: Stunning photos of the suite that is home to the royal couple

Prince William and Kate Middleton may have given the Tata Suite a pass but that doesn't mean they aren't living in luxury. 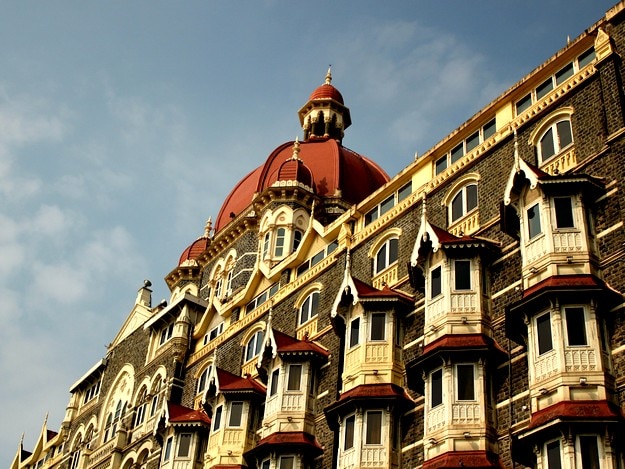 When they landed in Mumbai on Sunday, there was just one place in the entire city where Kate Middleton and Prince William would have stayed: The Taj Mahal Palace Hotel. The iconic landmark has become a must-visit pit stop in the itineraries of all visiting world leaders and royalty. No VIP worth her/his salt will ever pass up on a night at the Taj. So while there was no question that Kate Middleton and Prince William would stay in this heritage hotel, the question of what room they’d park themselves in remained. (ALSO READ More stories on Celebrity Travel) Typically, any world leader or royalty opts for the Tata Suite. The exquisite suite goes out for as much as Rs 9 lakh per night and has hosted several dignitaries, the latest of them being the American President, Barack Obama and the First Lady, Michelle Obama. But with Kate and William the choice wasn’t an obvious one. (ALSO READ Prince William and Kate Middleton’s complete India-Bhutan itinerary)Also Read - Farah Khan Tests Positive For Coronavirus Despite Being Double Vaccinated, Says 'I Didn't Put My Kaala Teeka'

The Tatas aren’t very popular these days in the UK. Tata Steel has put its UK businesses up for sale putting at risk the jobs of thousands of people. Britain’s Serious Frauds Office has even opened criminal investigations against the company’s British operations. And so to stay in a suite named after the company that has been causing much heartburn must’ve seemed inappropriate to the royal couple. (ALSO READ Here’s why Kate and William turned down a Rs 9 lakh-a-night suite at the Taj Mahal Hotel) Also Read - Maharashtra Rains Highlights: PM Modi Speaks to Uddhav Thackeray, Assures All Possible Support From Centre

Our sources at the hotel inform us that the suite they’ve opted to stay at is the Rajput Suite. Though not as opulent as the Tata Suite (which has 15 rooms and is spread over 5,000 sq ft), the Rajput Suite is not half as bad. Steeped in opulence, the Rajput Suite is everything you could imagine from a traditional Rajasthani palace. From a study that has a dome of mirrors to the living room that has priceless object d’art, the Rajput Suite is one that is fit for a Rajput king. ( ALSO READ Kate Middleton living it up like a local in Mumbai is the best thing you will see today) Also Read - Icius Tukarami: New Spider Species Named After 26/11 Martyr Who Caught Ajmal Kasab 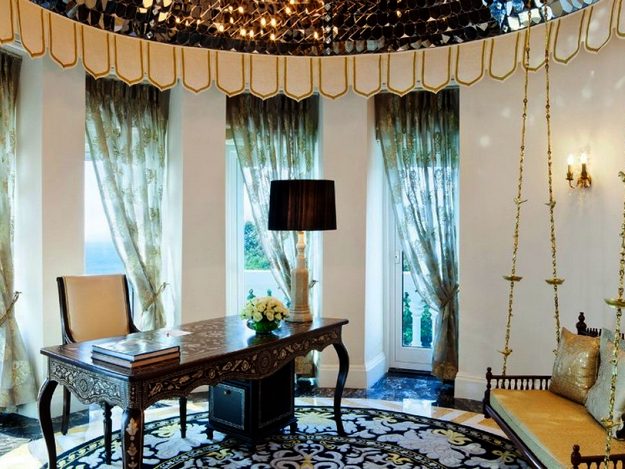 The Sheesh Mahal study features a beautiful Mother Of Pearl inlaid teak desk and a traditional Rajasthani jhula. Don’t miss the spectacular dome-shaped roof that is studded with pieces of mirror, lending the study its name. 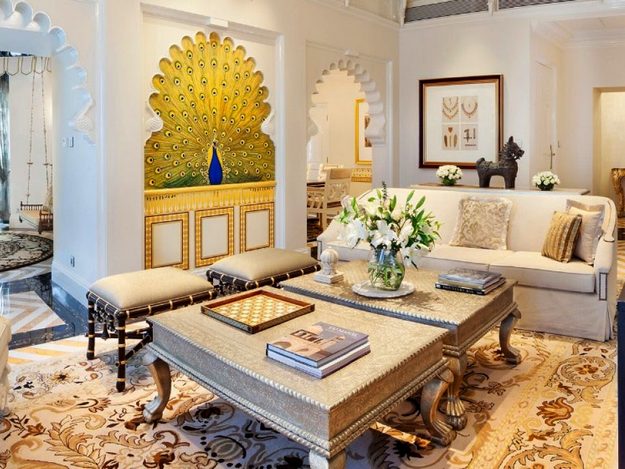 The motif of a majestic peacock adds drama to the center of the living room that also features large intricately carved center tables. The suite itself boasts of a large sun-shaped mirror harking back to the Suryavanshis, brass and gold chests and several other objects of art that are bound to overwhelm you. 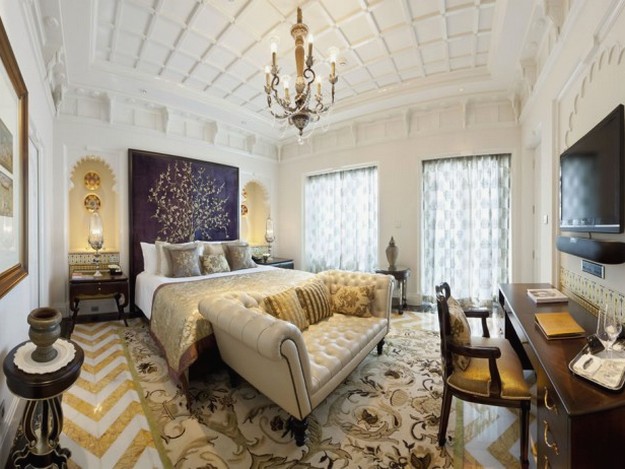 Traditional chevron design adorns the marble floor of the bedroom even as the king-size bed is flanked by traditional side-tables on either side. At 1800 sq ft, the Rajput Suite is significantly smaller than the Tata Suite and goes out for as much as Rs 4 lakh per night. By all standards, that would count as slumming it out, don’t you think?