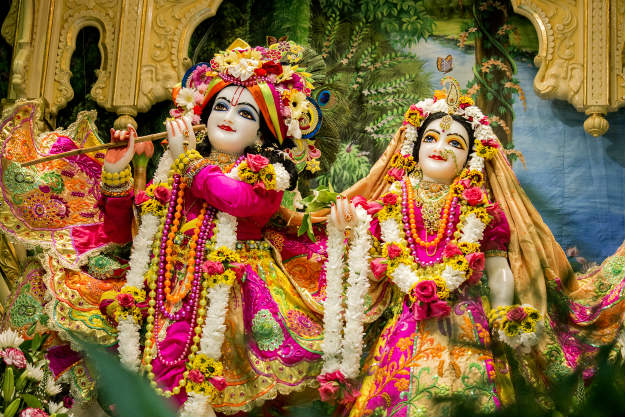 Krishna Janmashtami is one of the most popular Hindu festivals. It marks the birth of revered Hindu deity Lord Krishna on earth. Krishna is considered to be the eighth incarnation of Lord Vishnu, therefore making him an extremely important deity in Hindu culture. Known for his unparalleled charm, his utmost wit and intelligence and his supreme power, Krishna is one of the most beloved gods in India. Be it his significance in the Mahabharata as Arjunas chariot driver and Draupadis protector brother, or his bravery in defeating evil powers like his own uncle Kans, legends of Krishnas feats leave devotees breathless in his admiration. It is therefore natural that Krishna Janmashtami, which is primarily Krishnas birthday celebration, means a lot to Hindu devotees. Janmashtami falls on the eighth day of the Krishna paksha in the Hindu month of Shravan. As such, Janmashtami 2017 falls on August 14. While the whole of India celebrates Janmashtami with great devotion and excitement, Janmashtami celebration in Gujarat has its own charisma. Gujarat is home to the holy city of Dwarka, which is where Shri Krishna is believed to have established his kingdom along with his brother Balram. It is believed that the divine architect Vishwakarma built this city in two days, with several palaces made of gold, emerald and diamonds. However, the city is said to have submerged in the sea following Krishnas death. On account of its association with Lord Krishna, Janmasthtami celebration in Dwarka is quite huge. It all begins with early morning rituals of cleaning the Shri Krishna idol, brushing his teeth, washing his face. This is followed by prayers and offerings of milk and milk products (called banta bhog) to the deity. Around 10 am, a holy bath is given to the idol after the first major aarti (prayer session) of the day called the mangal aarti. It consists of the panchamrit – gangajal, ghee, honey, curd and sugar. This is followed by decoration of the idol with colorful clothes (mostly yellow) and beautiful ornaments. After this ritual, an offering is made to the deity following which devotees are allowed to see the idol and pay their respects. (DO SEE Krishna Janmashtami 2017 In Mathura: Heres how Gokulashtami is celebrated in Shri Krishnas birthplace) Also Read - Delhi Assembly Election 2020: Three-cornered Battle Awaits Dwarka 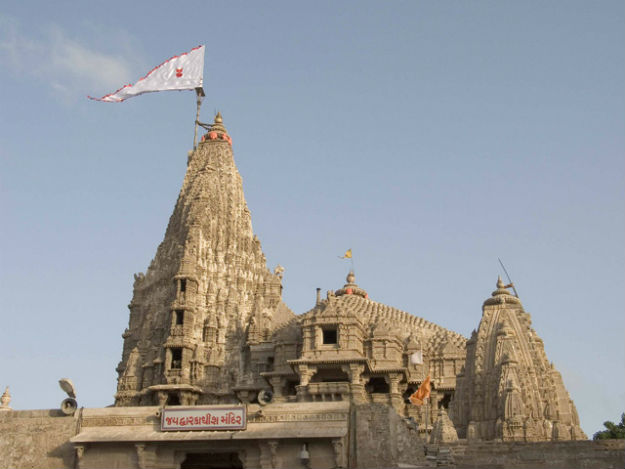 Several devotees visit the famous Dwarkadhish temple in Dwarka on the day of Janmashtami to pay their respects. The temple is well-lit and decorated like never before on this day. The Janmashtami celebrations in Gujarat are marked by folk dance performances and prayer sessions that consist of group singing and chanting of bhajans. Farmers in the Kutch region also celebrate the day of Janmashtami with a lot of devotion, They decorate their bullock carts and carry out processions with idols or artwork of Lord Krishna. Dayaram, a Gujarati devotional poet known for his literary style of garbi, is remembered on the day of Janmashtami. His carnival-style poetry is popular in Gujarat and Rajasthan and is part of Janmashtami celebration in these two states. Also Read - Akshay Kumar Floored as Fan Walks Over 900 Kms to Meet Him, Calls The Gesture 'Sunday Motivation'