Stunning Fresh Snowfall PICS of Kufri, Narkanda in Himachal Will Make You Want to Travel

As news of the snowfall spread, tourists flocked to Kufri and Narkanda.

New Delhi: Shimla, the state capital of Himachal Pradesh, on Monday experienced rains, while its nearby hill stations like Kufri and Narkanda witnessed snowfall, turning the tourist destinations more picturesque and also witnessing a surge of travellers.

“Shimla’s nearby areas have been experiencing snowfall and this is the season’s first snowfall,” an official of the Meteorological Department told IANS.

As news of the snowfall spread, tourists flocked to Kufri and Narkanda.

“It’s for the first time that we witnessed the snowfall. We are thankful to god,” said Ridhima Kaul, a tourist from Delhi, who was in Kufri along with her friends.

Shimla, which saw a low of 5.1 degrees Celsius, recorded 2.4 mm of rain, while Kufri and Mashobra recorded moderate snowfall. The night temperature in Kufri stayed at minus 1 degree.

The snowy landscape in Kufri and Narkanda would stay for a day, an official of the Met Office added. 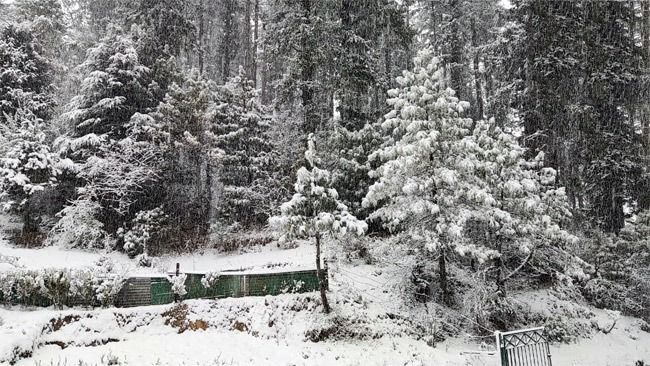 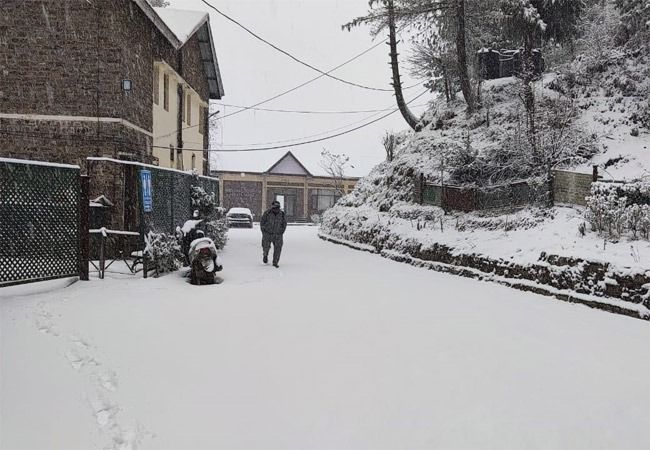 As news of the snowfall spread, tourists flocked to Kufri and Narkanda. (Image: ANI/Twitter) 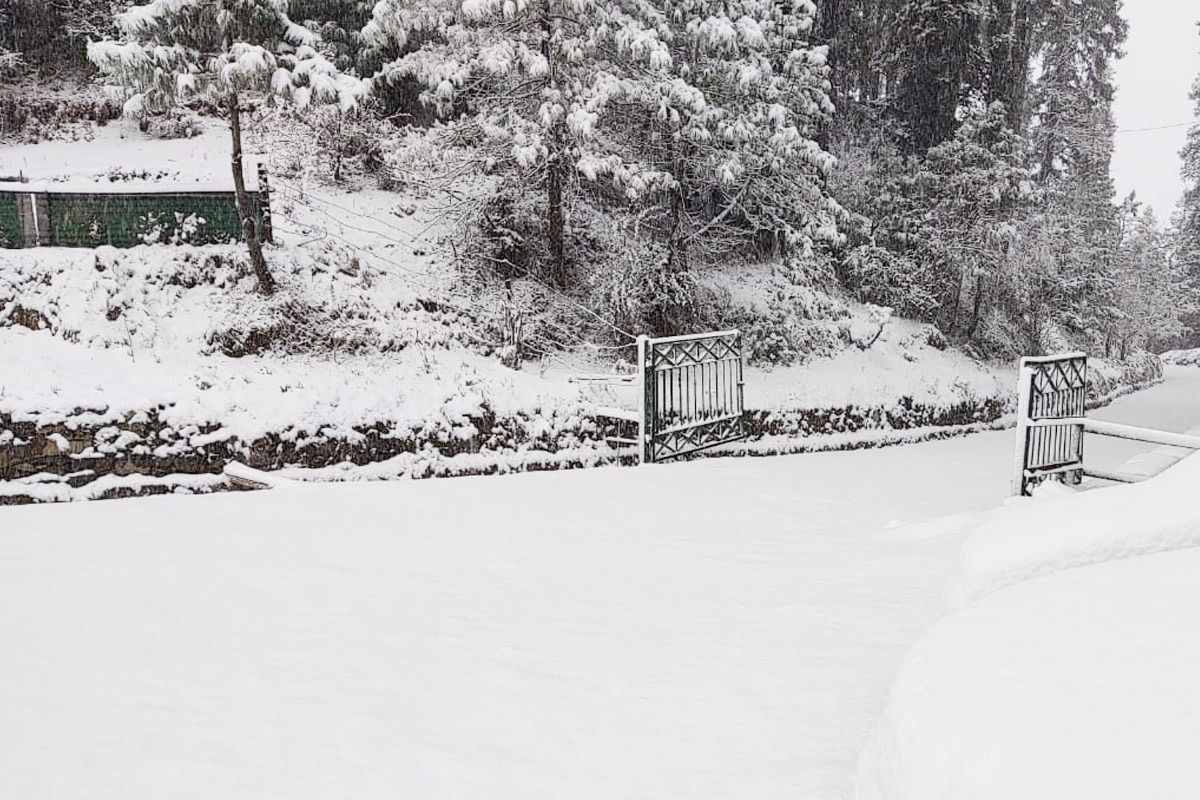 Meanwhile, according to IANS report, some of the areas in apple belt Jubbal and Kharapathar also experienced snow.

“High-altitude areas of Lahaul-Spiti, Chamba, Kullu, Kinnaur and Shimla districts have been experiencing moderate snow and it will continue till Tuesday,” the official said.

Manali, which saw 24 mm of rain, experienced a low of zero degree Celsius while it was 7.8 degrees in Dharamsala.

The majestic Dhauladhar ranges in the Kangra valley got a fresh blanket of snow cover.

Kalpa, some 250 km from the state capital, and Keylong in Lahaul and Spiti district experienced snow. These towns saw the night temperature fall to minus 3.4 degrees and minus 0.2 degrees Celsius, respectively.

The Met Office has forecast that scattered rain or snow is likely in the state till Tuesday.

After the opening of the skies, the minimum temperature across the state could plummet by three to four notches, a weatherman said.