Landing Site of Julius Caesar Discovered in Isle of Thanet

A massive landing site that dates back to the time of Julius Caesar's invasion of Britain has been discovered. 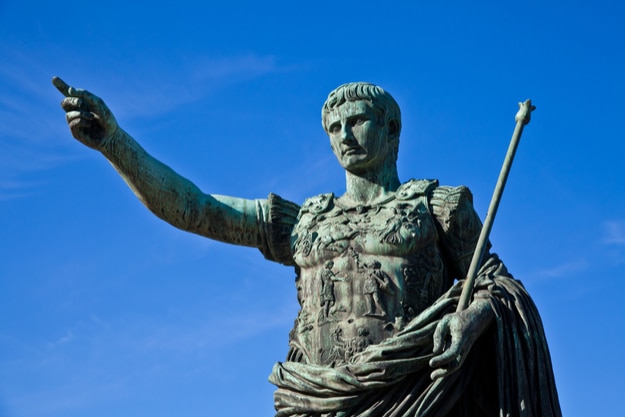 Julius Caesar, the Roman General and Dictator, remains one of the most famed names of the ancient Roman era. His rule played a major role in the fall of the Roman Republic, and the rise of the Empire. That he was an ambitious figure, there is no doubt about it. And he was assassinated for his ambition. But before his assassination and his controversial time as dictator of Rome, he was an accomplished general. His campaigns through what is now France, Belgium and Germany are taught in military schools. But he was also renowned for his crossing of the English Channel and invasion of Britain, then an unknown realm. ALSO READ: These Archaelogical Sites in Saudi Arabia Show the Oldest Depictions of Domestic Dogs Also Read - 'Suspending MPLADS Will Cause Delays in Devolution of Funds,' Shashi Tharoor Writes to PM Modi

And recently, archeologists from the University of Leicester have discovered what could be the landing site of Julius Caesar and his army of 20,000 men. Caesar invaded the British isles three times: twice in 55 BC and once in 54 BC. According to the archeologists, this might be the landing site of Caesar’s last expedition to the islands. The remains of a Roman encampment were found near Ebbsfleet, a village in the Isle of Thanet. Also Read - CSK's Suresh Raina Plays Indoor Cricket With Daughter Gracia During COVID-19 Lockdown | WATCH VIDEO

The remains of the camp are a little less than a kilometer inland, but it would have been closer to the beach during the time of Caesar’s invasion. Spread across 50 acres, this wide and flat site may have been big enough for the Roman fleet of 800 ships. Caesar’s forces numbered five legions of 20,000 soldiers, with 2,000 horses. It’s not certain if this was indeed the famed general’s own encampment, but pottery fragments from a defensive ditch in the area dates back to the time of his invasion. Also, the ditch itself is similar in design to the ones that Caesar’s forces built in France. NOW READ: Photos of Binsar, a Quiet Haven in the Kumaon Himalayas
Also Read - Sunny Leone's Sexy Silver Monokini Look as She Strikes Sultry Pose in The Pool is Too Hot to Handle

Strengthening the argument that this was the site of a Roman army are the findings of iron weapons. A Roman era javelin was found, and so were some bones with what seem like battle wounds. Researcher Andrew Fitzpatrick from the university suggested that this could be the first ever archaeological evidence of Caesar’s invasion of Britain.