The last few years have witnessed an exponential rise in the number of pilgrims that visit the Somnath temple complex.

Somnath Temple Gujarat : Ever been to Somnath temple in Gujarat? A celebrated site of pilgrimage of India, especially for Hindus, the legendary temple is situated on the shore of the Arabian Sea. Amidst multiple wonders of the place, there lies an idol that was supposedly found in the middle of the temple without any structure to support it from below or to suspend it from above. Want to know more interesting details? Then, read on. 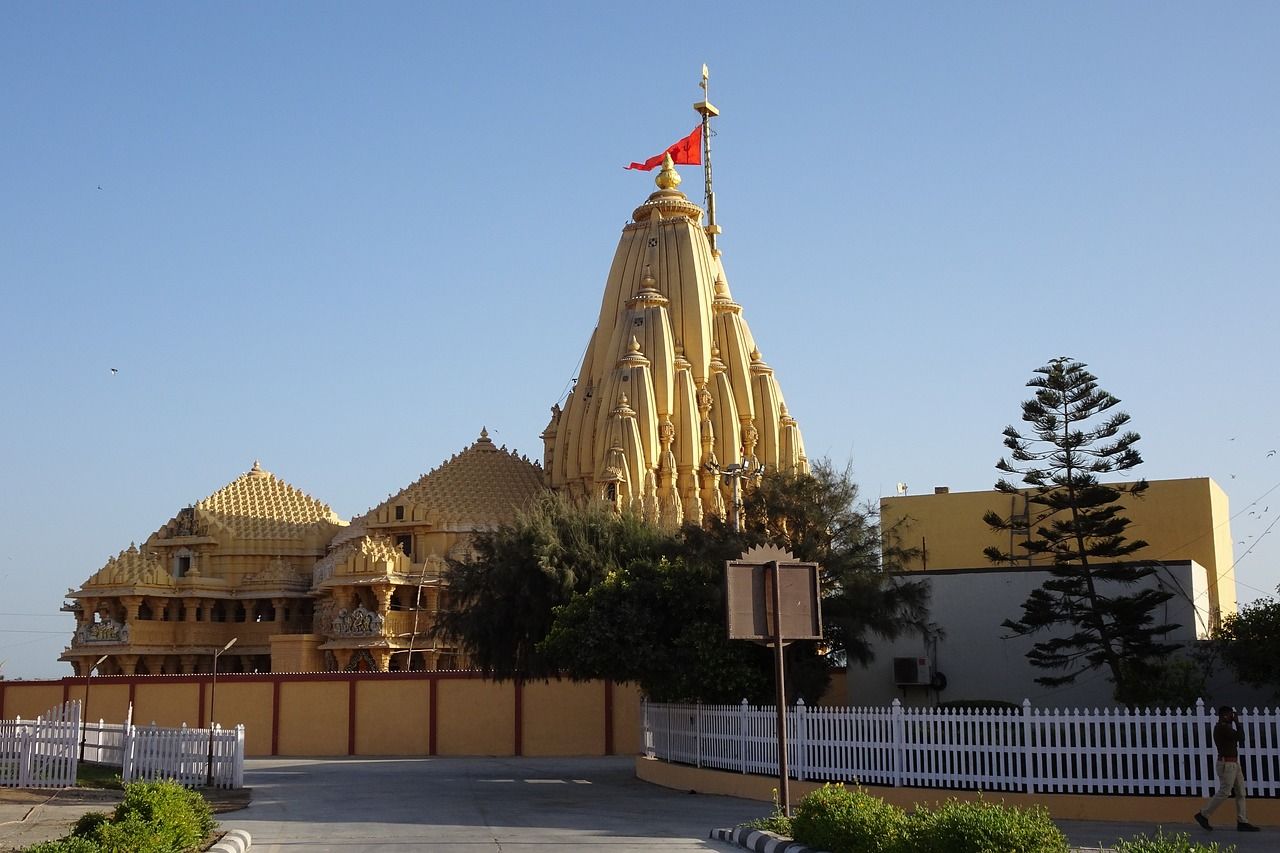 In fact, there are numerous chronicles attesting to the fact that all who witnessed the floating idol was struck with immense amazement. Many ancient writings point to the fact that these ebbs and flows of the tide were thought of as a form of worship that the sea wished to pay the idol. For centuries, the idol and the temple have stayed out, becoming one of the most venerated pilgrimage sites of India.

Despite repeated attempts to raze the temple down by marauders that came from different parts of Asia, the iconic temple stands proud and tall on its own – which in itself is a testimony to the fact that faith can never be subjugated because of terror, and forever remains a testimony to the values of humanity for centuries.

One of the 12 holiest Jyotirlinga Shrines of Lord Shiva

Somnath temple is one of the twelve Jyotirlinga shrines of Lord Shiva which are considered to be very holy as each of the twelve Jyotirlinga is considered to be the manifestation of the Lord Shiva himself. For the uninitiated, it had been desecrated and vandalised repeatedly by Muslim invaders. However, every time it was rebuilt at the same site. The modern temple was built over five years – from 1947 to 1951. It was inaugurated by then President of India Dr Rajendra Prasad.

Despite many abortive attempts of marauders and the neglect over local princely rulers in the past millennium, the first independent Indian government under the visible arduous efforts of Sardar Vallabhbhai Patel led the renovation and construction of the temple as it stands today. In the last 15 years, the state government has visibly amplified schemes and programmes that would give a further boost to the temple complex.

Serious efforts to meticulously nurture the idol and craft a careful gild around it, within the sanctum sanctorum of the temple, have finally culminated after around two decades of hard work. In fact, the last few years have witnessed an exponential rise in the number of pilgrims that visit the temple complex.

Well, according to historians, the site of this legendary temple has been a pilgrimage site from ancient times on account of being a Triveni Sangam (the joining of three rivers — Kapila, Hiran and the mythical Saraswati). Soma, the Moon God, is believed to have lost his lustre due to a curse and he bathed in the river Saraswati at this site to regain the same. Subsequently, the result is the waxing and waning of the moon or the waxing and waning of the tides at this sea shore location. Did you know this?

The footfall has substantially increased over the years because of gradual but significant improvements that were made in renovation and providing other world-class facilities.

A renewed emphasis on tourism has opened up the possibilities of developing religious and spiritual places in order to further ensure that people are brought together in a manner that further aids harmony, development and inculcates the mindset of collective good in individuals. With the novel ‘Bharat Jodo Aandolan (Connect India movement)’ that the government has initiated, the idea is to connect the glory of our past to lay the solid foundations of our strong future as well. In the spirit of ‘Ek Bharat, Shreshtha Bharat (One India, Supreme India)’, efforts are in place to primarily nurture the Char Dhams, Shaktipeeths as well as other shrines of significance.

In addition to the novel scheme, 15 projects worth Rs 100 crore have already been completed successfully under the PRASAD scheme that boosts international tourism to circuits that are being developed across the length and breadth of India as well. To expedite travel for enthusiastic foreigners, initiatives like e-Visa applications and Visa on Arrival have been put in place along with a substantial cut in the GST rates for the hospitality sector.

Reviving the cultural glory besetting our nation by virtue of modern infrastructure and technology is a tested strategy that has yielded solid results in the past, in other countries with a deep cultural backdrop. With the initiatives of Sardar Patel and Lokmata Holkar in place, these are what the modern architects of nation-building ought to take inspiration from. The development of the Ramayana Circuit along with the Buddha Circuit have ensured that the upcoming generation, engrossed in the addictive technological devices, are able to witness the wonders of these great personalities in person with ready lessons in practical sense of the term at these circuits.

Additionally, it is the recently-inaugurated Somnath Exhibition Centre with its incredible renovation that gives us reasons to be sure that the development of these circuits would only be strengthened further so as to connect the larger Indian population with the rich cultural heritage that we so proudly possess.

With these structured mechanisms in place, the government has laid down a strong foundational base that would enable better development of the tourism industry as well as add a new dimension of spiritual as well as religious tourism to it.