Leuven in Belgium is The Place to Beer this April!

If you like beer, then Leuven in Belgium is the place to be this April! 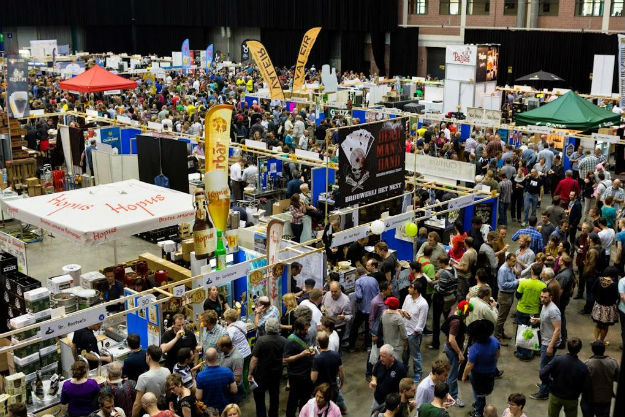 Leuven in Belgium will open all taps during three weekends in April 2018. With beer tours, tastings and brewery visits, the city is more than ever ‘The place to beer’. Highlights are the Zythos Beer Festival, the largest beer tasting festival of its kind in Europe (28 & 29 April) and the Leuven Innovation Beer Festival, a platform for innovative craft breweries (14 & 15 April). There are also beer walks, beer workshops, Leuven beer routes, and tastings at Leuvens own city brewery, Domus. The worlds biggest brewer, AB InBev, also opens its doors to curious visitors. In the centre of the city, several hotels offer surprising beer packages, while many restaurants serve delicious beer based dishes. ALSO SEE Stunning Photos of Bruges in Belgium Show Why it is a Dream Destination Also Read - Good News! More Girls Are Now Being Adopted by Foreign Couples, UP Govt Credits 'Mission Shakti' Programme

The Zythos Beer Festival is one of the largest beer tasting festivals of its kind in Europe. You can meet more than 100 Belgian brewers who produce 500 different types of beer, all in one location. Beer fans and aficionados travel from all corners of the planet to discover that Belgians really are the best brewers of beer in the world. A giant beer festival that you must not miss! Also Read - Canadian Brewery Unknowingly Names Its Beer 'Huruhuru' Which Means ‘Pubic Hair’ in Maori Language, Apologises

Festival is a platform for craft breweries from all over the world. The event takes place in the unique setting of former brewery De Hoorn, where once upon time the first Stella was brewed. You can taste innovative beers and learn everything about the ingredients, the techniques used, the production, the energy used, the packaging or even the origin of the recipe. A must for any beer aficionado!