The Big Ben's bells were struck for the final time at noon, and will be silent for four years until renovation work is completed at Elizabeth Tower. The bell tower is an iconic part of London city and England itself. 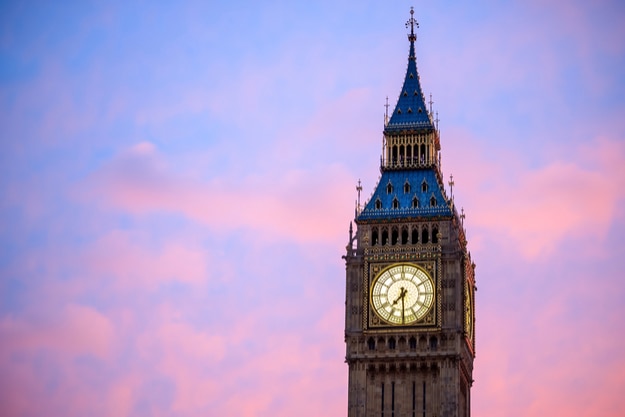 In what must have been a bittersweet moment for Londoners, the bells of the Big Ben at the top of Elizabeth Tower in the Palace of Westminster, London, tolled for the last time in what could be several years. Big Ben, of course, is the name of the massive clock and the clock tower that is symbolic of London and the entire Britain. It is an iconic landmark and cultural icon for London, along with its black cabs, red double-decker buses and the London Bridge. The bells of the Big Ben have been chiming on with little interruptions since it was built in 1859. With the final ring today, the Big Ben will go silent until 2021, which is when the planned renovation of Elizabeth Tower, the official name of the clock tower, will complete. ALSO READ: 5 interesting facts about William Shakespeares Globe Theatre in London Also Read - Watch: Instead of Money, People Play Poker With Toilet Paper Rolls at London Club

Of course, there are some who are skeptical about the timeline of the renovation project. The GBP 29 million project has been courting controversy for quite a while now, and many are not sure whether the government will be able to complete it on time. This means that the Big Ben may remain silent for longer yet than planned. That is at least four years from now, and the Londoners who had gathered around the tower and stopped to listen to the chimes were capturing the sight. Still, the House of Commons has said that the Big Ben’s bells will toll for Remembrance Sunday and New Year’s Eve. Also Read - Rishi Kapoor Posts Prayer in Favour of Kanika Kapoor-Yes Bank Founder Rana Kapoor, Says 'Kuch “Kapoor” Logon pe Time Bhaari Hai'

The bells will no longer be active as it was before because authorities said that they would impact the safety of workers doing their job right next to the 13-tonne bell. Prime Minister Theresa May has also spoken against silencing the Big Ben for four straight years, and a Commons commission is reviewing the complaints right now. For now, though, many gathered at the entrance of the Houses of Parliament and at other spots around the tower to listen to the bell’s final chime. One MP even got teary-eyed at the spectacle. CHECK OUT: Worlds Most Haunted: Tower of London Also Read - Irrfan Khan-Sutapa Sikdar's Son Babil Returns to India After Being Stuck in London Amid Coronavirus Chaos

The common Londoners were seen taking selfies with the Big Ben behind them and recording the final chimes. Still, this is not the first time that the bells have gone silent atop the Big Ben; there was silence between 1983 to 1985, which was when the tower last underwent major renovation. The bells also stopped briefly in 2007 for maintenance.