The Louvre is encouraging heirs of the original owners of the displayed artwork to come forward. 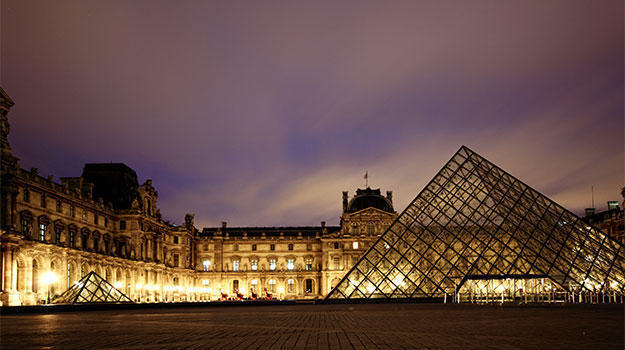 That the Nazis committed grave atrocities is no secret. But what you may not know is extent to which they looted and plundered the cultural property and artwork of the territories they occupied. Hundreds of thousands of artwork was stolen. Many were burned or destroyed, but many others were sold off for profits over the years. Some were destined for the Führermuseum, a grand museum that Hitler envisioned to be Europe’s finest, but never came to be. Many others went to the private collections of top Nazi Party officials, including Hermann Göring. ALSO READ: Valentines Day 2018: International Destinations to Escape to This Valentines Day Also Read - Secret British Graffiti Artist Banksy's Stolen Mural Returned to France From Italian Farmhouse on Bastille Day

And now, for the first time since the end of World War II, the Louvre in Paris is displaying more than 100 items stolen by the Nazis. The Louvre has a vast collection of Nazi-looted artwork, numbering at a little over 1,700. And this effort aims at encouraging the rightful heirs of the artwork on display to come forward and to generate awareness of these pieces that have had such a troubled history. The museum has 31 pieces in two galleries and 76 others positioned throughout. Speaking to the New York Times, the paintings department director Sébastien Allard said that if the Louvre did not have a permanent space for the troubled artwork, it would not seem right. He said that the goal of the museum is to return what it can to the rightful heirs. Also Read - Paris Is Launching a 'Floating Movie Theatre' Where People Can Watch Films While Sitting In Socially-Distant Boats

Nazis began looting artwork as early as 1933, and between 1940-45, around 100,000 pieces were stolen from France alone. Many of the works of art were stolen from Jewish families and homes, stripped of everything valuable. After the war, France recovered around 61,000 pieces and returned around 45,000 to their owners. Around 2,143 items were retained by the state, and others were auctioned off. What remained was catalogued in the Musées Nationaux Récupération (or MNR) inventory and sent to French museums. NOW READ: Scientists Make Dating Profile for Worlds Loneliest Frog in Bolivia
Also Read - Eiffel Tower in Paris Re-opens to Visitors After Three-month Closure Due to COVID-19 Pandemic

Just three years ago, France said that it would work with genealogists to find the heirs of the artwork, but progress has been slow according to officials. Just around 50 of the stolen paintings have been returned by the Louvre since 1951, but the museum hopes to connect to the rightful heirs through the new displays.