After the train engine developed a snag, the train hurtled down a slope for a good 15 km. 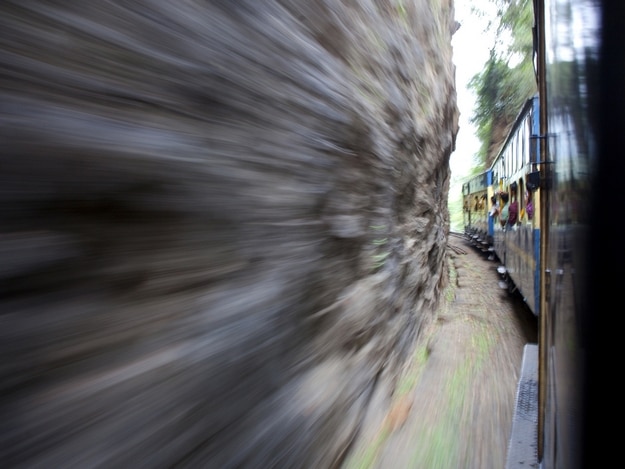 If a report in Hindustan Times is to be believed the Madgaon-Nizamuddin Rajdhani Express just traveled 15 km without a driver! And while you may be forgiven to think this as a groundbreaking development meant to change train travel in India (to be fair, Delhi Metro has completed a successful driverless test run recently) the truth is far from it. Turns out that the train engine developed a snag causing the train to come to a halt right inside of a long tunnel! This was around 5.50 pm near Ratnagiri station. Technicians were called in and were attempting to get the engine to start again, when the train started moving. What followed was something that could have been straight out of a slapstick movie. The report suggests that the driver of the train was, for some mysterious reason, in the guard’s cabin while the engine was being fixed when the engine decided to have a mind of its own! (ALSO READ This video of an 85-hour train journey is all you need to see today!) The report goes on to suggest that the train hurtled downhill without a driver! According to a Hindustan Times staffer, who was on the train, the Madgaon-Nizamuddin Rajdhani Express may have run for some 15 km before it slowed down at an incline when the driver reportedly jumped off the guard’s cabin, made a dash and took charge of the engine. Reportedly, the engine’s vacuum brakes failed and since the train had halted on a downward slope it didn’t take much for it to run by itself. (ALSO READ 10 train routes in India that are so long that theyll blow your mind away!) The Konkan Railway’s Chairman and Managing Director Sanjay Gupta confirmed to the paper that there was indeed a ‘loco failure’ and the ‘train did roll for some time’ and said that an inquiry had been ordered. Thankfully, no loss of life or casualty has been reported. Have interesting travel photos youd like to share with us? Send photos from your travels to travel@corp.india.com, dont forget to mention where youve shot the picture and get a chance to be featured on our website! So what are you waiting for? Hurry! Have something to add to this story? Post your comments in the discussion board below; we will be thrilled to hear from you! Also Read - Kunal Kamra Reacts to 1.7 Million Dislikes on YouTube Video 'Aaja Beta Carry Teko Roast Sikhaye', Says 'Carry Fans Can Join BJP IT Cell'