Mahashivratri 2016: Here’s why Shivratri is celebrated as Herath in Jammu and Kashmir

Mahashivratri, celebrated as Herath in Jammu and Kashmir, is a big festival for its locals and politicians. 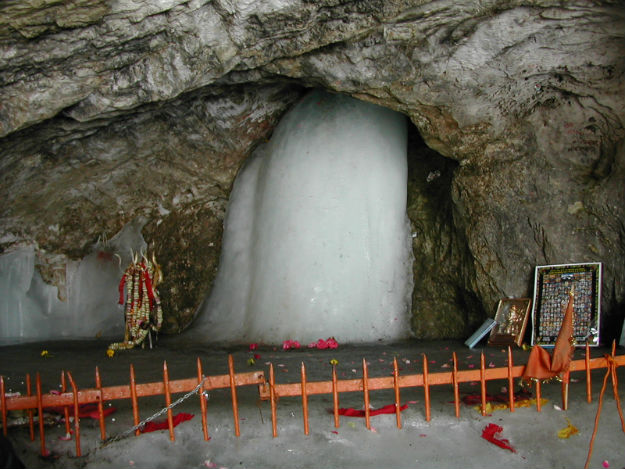 Like every year, Jammu and Kashmir is celebrating the Hindu festival of Mahashivratri with great fervor over three days in the form of Herath. Interestingly, for Kashmiri pundits this festival begins one night ahead of Mahashivratri, on the 13th day of the Hindu month of Phalgun. The reason for this early celebration is believed to be its association with the appearance of a Shiva linga in the form of a linga of jwala (flames) on that day. Also Read - New Single-Day Spike Record Every Day: 9,304 New Cases in Last 24 Hours | 10 Developments

Mahashivratri 2016: How the Shivratri festival is celebrated in Mandi Also Read - Batsmen at Advantage if Nothing Allowed to Shine The Ball: India Batting Coach Vikram Rathour

Kashmiri pundits celebrate Herath as the day Lord Shiva married Goddess Parvati. Many devotees visit Shiva temples which are in abundance in Kashmir. Celebrations include prayers, offering milk, water, honey and flowers to shiva lingas and preparing traditional dishes especially fish. The traditional celebrations go on for three days. The first day is characterized by prayers, poojas and aartis. On the second day, Muslim brethren visit the homes of their Kashmiri pundit fellows to wish them. The third day is reserved for final prayers and rituals. The Shankaracharya temple is where the biggest number of devotees gather during Mahashivratri to pay their respects.

Mahashivratri 2016: Interesting facts you should know about lord Shivas festival

Many prominent political personalities convey their wishes to the country and especially to the troubled state of Jammu and Kashmir during this festival. Former Jammu and Kashmir chief minister Dr Farooque Abdullah has wished the people of Kashmir a happy Mahashivratri expressing the hope that ‘the festival would be celebrated in true spirit of the States composite culture and shall strengthen the bonds of amity and brotherhood between various communities’.

Governor N Vohra too has greeted the people praying for peace and prosperity reinstating that the festival symbolizes the values of piety, devotion, brotherhood and harmony.