Did you know that Mahashivratri celebrations in Mandi last for a week? 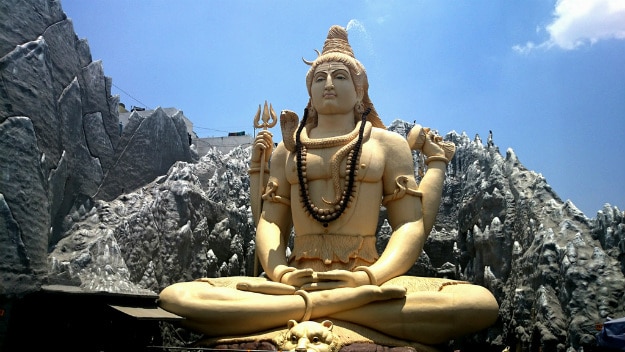 Mahashivratri that falls on March 7 this year is one of the biggest Hindu festivals and is celebrated with great pomp and vigor throughout India. The celebrations last for as long as a week in many places, including in Mandi. Mahashivratri marks the union of lord Shiva with goddess Parvati who is also known as Shakti. It is also the darkest night of the year and falls in the Hindu month of Phalgun according to the lunar calendar. Though the celebrations take place throughout the country, Mandi is one of the places where you will find the festival being celebrated on a much larger scale. Also Read - Rajasthan Crisis: Resignations Hit State Congress After Pilot Sacked as Deputy CM, PCC Chief

This small hamlet in Himachal Pradesh becomes the centre of attraction for Shiva devotees from around the world. Starting on Mahashivratri, Mandi holds an international fair which lasts for seven days. The fair is an extension to the Mahashivratri celebrations and people come to pay their respects from faraway places. The Bhootnath Temple which was built by Raja Ajber Sen in 1526 is the focal point of the fair. The temple is decorated and lord Shiva’s shivlinga is worshipped.

ALSO SEE Interesting facts you should know about Mahashivratri

The Mahashivratri fair also has a grand procession where over 200 deities from different temples are carried in palanquins around the town. Mandi is located on the banks of River Beas and has about 81 temples and this fair showcases deities from these different temples. Lord Vishnu who is also called Mado Rai, the protector of Mandi is also worshipped during this fair.

For seven days starting today, the fair will draw several locals as well as tourists from near and far to pay their respects to lord Shiva. If you are planning to go to Himachal Pradesh, make sure you visit Mandi. Local handicrafts, dance, music and fanfare are all part of the fair. On the concluding day of the fair, you can also witness a night vigil or jagran where Shiva devotees chant hymns and prayers in his praise throughout the night.