Varanasi, situated on the banks of the holy Ganga is all set to welcome Mahashivratri 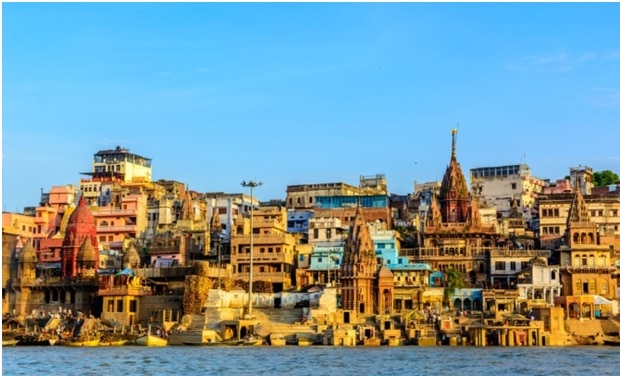 Shiva is one of the most revered gods in India and Varanasi is one of the that celebrates Mahashivratri on an grand scale. The festival falls on March 7 this year which is also the fourteenth day of Phalguna of the Hindu calendar.  Hindus all around the world celebrate this festival. While most fast through the day, some others prepare elaborate celebratory meals to symbolize the wedding of Shiva and Parvati. Also Read - Don’t Treat Coronavirus on Your Own, Cooperate With Health Professionals: Top 10 Quotes of PM Modi

Mahashivratri 2016: Date and time of the Shivratri festival

Considering Varanasi is one the religious hubs in India, all the Shiva temples in the town decorated and Shiva’s wedding procession  is taken from the Mahamrityunjaya Temple in Daranagar, all the way to the Kashi Vishwanath Temple which is one of the most visited temples in Varanasi.

Some of the things offered Shiva are bhaang, dhatura flowers, bael leaves, coconut and fruits. People pour milk over the Shiva Lingam and sing bhajans along with chanting Om Namah Shiva as a way of expressing their devotion towards the god. Though most of the orayers are offered post sunset all the way beyond midnight, on the following day of Mahashivaratri, a humongous number of devotees visit the Kashi Vishvanath temple in order to pay their respects to the presiding deity of the temple.

During Mahashivratri, a beautiful fair is organized for tourists and devotees who visit the town for the festival. The fair is set up near the old Vioshwanath Temple, rifght in front of the Virla temple and Vishwanath Gali. Most people in Varanasi bathe in the holy Ganga, wear clean clothes and then perform pujas in honor of Shiva who is said to have saved the world by swallowing the poison formed while churning the  ocean. While married women pray for the well-being of their husbands, women of marriageable age pray for a suitable groom, and men pray for strength to be capable enough to protect their loved ones, just like Shiva did.