Celebrate this Mahavir Jayanti at Dadabari Jain Mandir, which is located off the Mehrauli Gurgaon road. 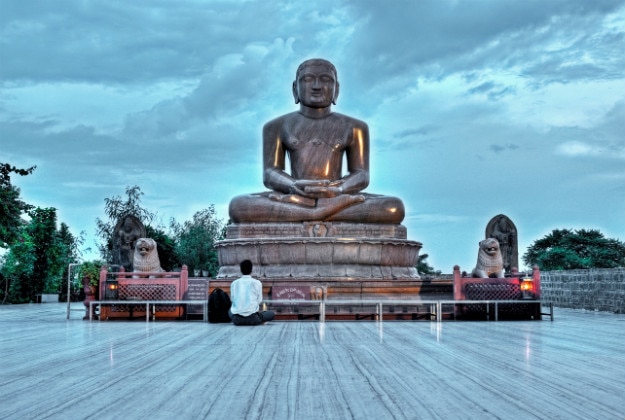 Mahavir Jayanti, which is also called as Mahavir Janma Kalyanak, is the most important festival of the people following Jainism. This festival celebrates the birth of Lord Mahavira, the founder and the last Tirthankara of Jainism. This year Mahavir Jayanti falls on April 19. On the occasion of Mahavir Jayanti, Jain temples across the country are decorated with flags and flowers. Ceremonial bath is offered to the idol of Mahavira and grand processions are organised. Devotees visit temples and chant prayers on this auspicious day. They also follow the tradition of offering food, clothes and money to the poor. Those following Jainism prepare traditional food to celebrate the occasion. Grand celebrations are organised at many Jain temples. Also Read - Don't Think I Ever Got Carried Away: Prithvi Shaw 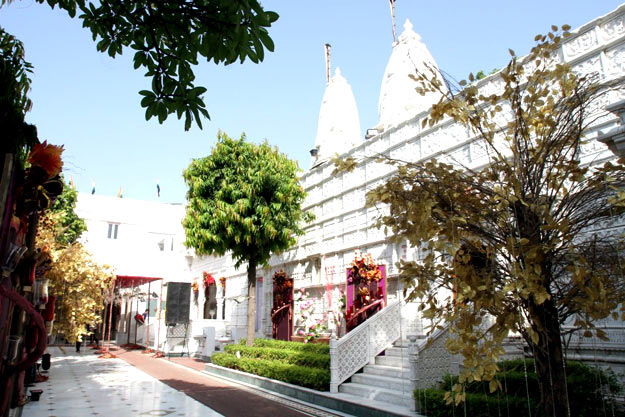 One of the temples you must visit during Mahavir Jayanti is Dadabari Jain Mandir, which is located in Mehrauli, Old Delhi. Like other Jain temples in India, this temple also has marble floors and large silver doors. However, the temples highlight is the elaborate mirror work. Numerous paintings illustrating the Jain stories adorn the walls. 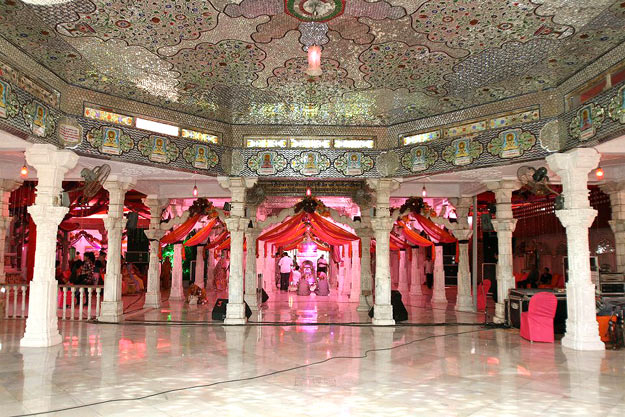 ALSO SEE Everything you should know about Mahavir Jayanti

The temple is dedicated to Manidhari Dada Shri Jinchandra Suri, also known as Dada Guru who lived in the early 13th century and was a child prodigy. Dada Guru took Deeksha (initiation) at the age of six and he was an Acharya, which is the highest leader of a Jain order,  at the age of nine. The Jain saint was believed to have a mani on his forehead. At the age of 26, he decided to give up his body. Before leaving his body, the saint told his devotees that after he passes away, his body could be lifted only once. He instructed the followers not to keep it down until they have reached the place where the saints last rites would be performed, otherwise the body would become too heavy and no one would be able to lift it again. Grief ridden devotees did not hear the instructions properly and on the way to the cremation ground, they set the body down as other people also wanted to pay their respects. As per the saints prediction, nobody could lift the body again from the ground. So, the last rites were performed at the same spot and a Samadhi was built there. Today, the temple stands obscured from the busy Mehrauli-Gurgaon road, providing the much-needed peace.