Here is how the festival of Makar Sankranti 2017 will be celebrated in Andhra Pradesh and Telangana. 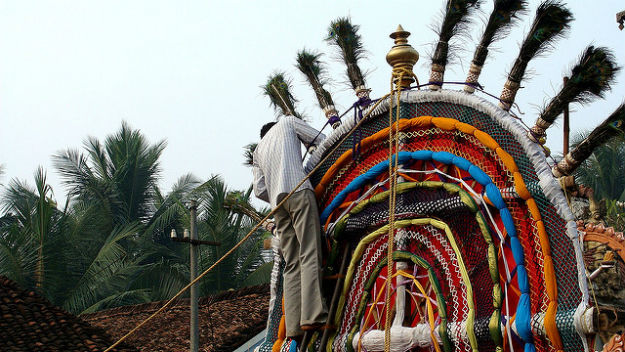 The first day of Makar Sankranti festival in Andhra Pradesh and Telangana is called Bhoghi. It’s a day to discard old clothes and items and concentrate on new beginnings. A bonfire with logs of wood, other solid fuels and waste wooden furniture is lit at dawn to get the day started. Along with the disposal of these derelict things, it is believed that old habits, vices, attachment to relations and material things are sacrificed. The ritual is called “Rudra Gita Gyana Yagna” and signifies a sacrifice made to the fire of knowledge called Rudra. It represents the realization, transformation and purification of one’s soul through the process of inculcating divine virtues. In many families, you will see infants and children are showered with the Indian jujube fruit called “Regi Pandlu” in Telugu. This is done in order to protect the children from evil. On the day of bhoghi, landlords give gifts of food, clothes and money to their workforce. Locals prepare and disribute sweets amongst friends and relatives too. DO SEE Makar Sankranti 2017: How is Sankranti celebrated in Maharashtra Also Read - Cyclone Nisarga to Make Landfall Today; Maharashtra, Gujarat on High Alert | Top Developments 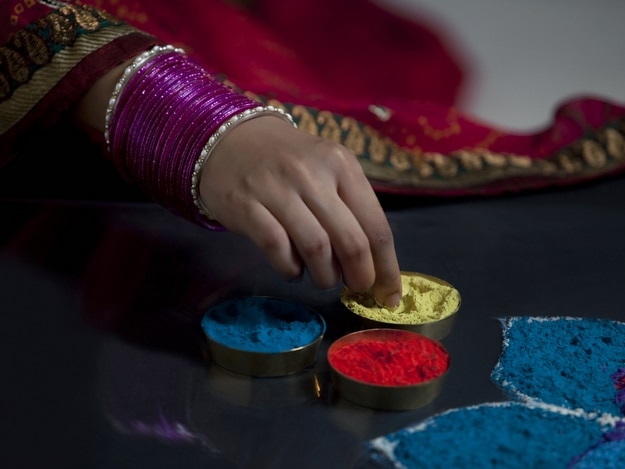 The second day is considered as the most vital day and is called Makara Sankranti. This is when everyone wears brand new clothes, offers prayers to God. Ttraditional food items are offered on banana leaves to ancestors who have passed. “Rangoli” or “muggu” as it is called in Telugu, is drawn in front of homes displaying some stunning creativity of the locals. These drawings are further decorated with flowers, colours and small, hand-pressed piles of cow dung, called “gobbemma”. Delicacies prepared for the festival of Makar Sankranti include Chakinalu, Nuvvula Appalu, Gare Appalu or Katte Appalu or karam appalu, Madugulu (Jantikalu), Bellam Appalu, kudumulu, Ariselu, Appalu (a sweet made of jaggery and rice flour) dappalam (a dish made with pumpkin and other vegetables).

The third day is called Kanuma which is a day held dear by farmers. This day is dedicated to honoring and showcasing the cattle which are the symbolic indication of prosperity. WHile the celebration of kanuma has come down drastically over the past few years, it significance is undeniable. It is considered a day for giving thanks to cattle as the main occupation of the states, agriculture, relies heavily on the cattle. Cows, in particular, hold great religious and symbolic significance in India and Andhra Pradesh and Telangana are no different. During this time, travel is considered to be inappropriate, as it is considered to be a time dedicated to families. Sankranti is a time to demonstrate strong cultural values and also chuck al evil and transform into something new and divine. Kanuma is also a day when gurus seek out their devotees to bestow blessings upon them. CHECK OUT Makar Sankranti 2017: Everything you need to know about the history and significance of Makar Sankranti

The fourth day and final day of Makar Sankranti in Andhra Pradesh and Telangana is called Mukkanuma. Held of great significance by non-vegetarians,  mukkanuma is the day when farmers offer prayers to the natural elements like soil, rain, and fire as they are responsible for the harvest. The village goddesses are offered gifts and a sacrifice which mainly includes animals. Those who live in the coastal belt of Andhra Pradesh abstain from eating meat on the first three days of Makar Sankranti but do so on the day of Mukkanuma. Kanuma, Mukkanuma and the day following Mukkanuma together bring an end to the festivities of Makar Sankranti in Andhra Pradesh and Telangana. People unite with their families, friends, and relatives and indulge in several cultural activities like cock fighting, bullock or ox racing, kite flying, and ram (pottelu) fighting. Like Gujarat, kite-flying is also fairly popular in these south Indian states. Children especially love to fly kites during Makar Sankranti. Another important feature of Makar Sankranti in Andhra Pradesh is the Haridasu or servant of Hari who goes around the village with a decorated, colorfully-dressed cow, singing songs of Lord Vishnu. Several people offer donations to this singer who is not allowed to talk to anyone but just sing songs praising Hari or Lord Vishnu. NOW SEE Pongal 2017: Did you know the history and significance of Pongal?