Makar Sankranti 2018 in Gujarat: How Uttarayan, Festival of Kites is Celebrated

Gujarat is probably the best place to experience Makar Sankranti in its most popular form, complete with kite flying competitions. 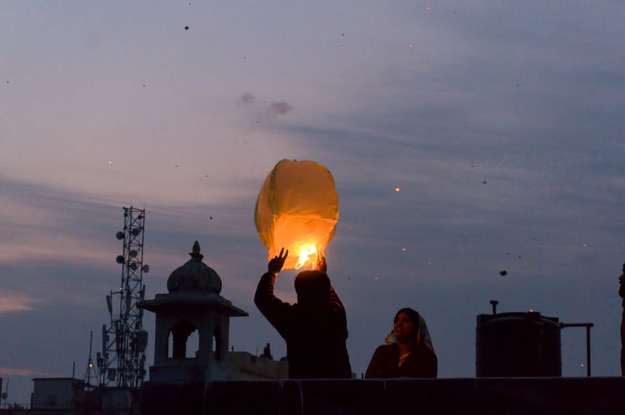 Makar Sankranti 2018 is coming up this Sunday, January 14, and there is no better place to experience the festival than Gujarat. The western state comes alive during the festival of Uttarayan, which marks the end of the winter solstice month and the beginning of longer days. It is Gujarat’s version of Makar Sankranti, celebrated throughout India, and you can see the festive spirit even days before it actually begins. ALSO READ: Makar Sankranti 2018 Celebration in Jaipur: International Kite Festival, Delicacies and More Also Read - Cyclone Nisarga: Three Dead, Trees Uprooted But Mumbai Spared Major Damage | Key Developments

Makar Sankranti is more popularly known as a festival of kites, and Gujarat and Rajasthan are two states that celebrate this version of the festival with the greatest fervor. The kite festival officially began on January 7 and will end on January 15, 2018, a day after the national festival. You’ll find shops selling kites of all colors, shapes and sizes throughout Gujarat. They’ve probably been selling since November too, and will stay open for the nights before the final festival of Uttarayan, which is when the international kite festival concludes.
Also Read - Markets Open, Flight Operations Resume at Mumbai Airport as Cyclone Nisarga Weakens | 10 Points

Hundreds of contests from across the world come to Gujarat for the kite festival, a major competition. You’ll find similar kite festivals and competitions at local and community levels too. And you will definitely find children and adults both spending hours and hours on building terraces, flying kites and shouting instructions to cut others in the air and screaming ‘Kai Po Che’ when they finally do. Look up in the sky, and you’ll see kites of all shapes, sizes and designs zipping through the blue sky. Also Read - Five Dead, 57 Injured as Major Blast Causes Fire at Chemical Factory in Gujarat’s Dahej Area

The kites keep flying from dawn to dusk, and when the sun sets Chinese lanterns are lit and left to float up the night sky. Watching these lanterns light up the night sky almost feels like the stars have come closer to participate in the celebrations as well. NOW READ: Makar Sankranti 2018 in Karnataka: How Suggi Habba is Celebrated in South India

Another big part of Uttarayan celebrations is, of course, the food. Traditional food like Til Laddoos, Surati Jamun and Undhiyu will been seen everywhere, and we highly recommend eating those made with love and care in a traditional Gujarati household rather than a restaurant or shop.