The Manipur Sangai Festival has been taking place this November. Here's everything you want to know about this festival. 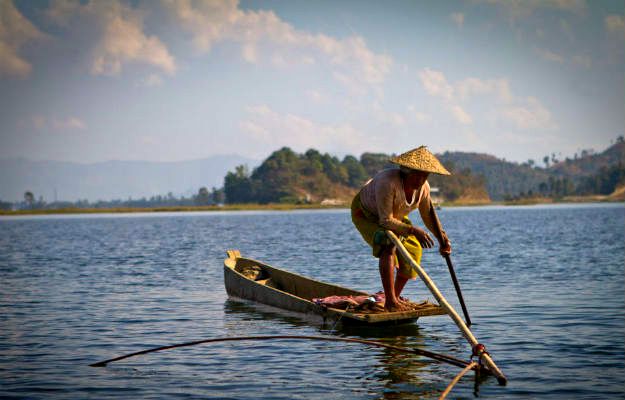 One of the lesser known of India’s Seven Sister states, Manipur lies right at the Northeastern edge of the country and is home to beautiful hills and valleys. The state has always been welcoming to travelers, hosting a festival every year in November to celebrate and showcase everything it has to offer. This year, the Manipur Sangai Festival has been going on from November 21 to 30, 2017. It is organized by the government of Manipur, showcasing the incredible art forms, dance traditions, sports and cuisine of the ‘Jeweled Land’. ALSO READ: Manipur State Foundation Day: 5 places you absolutely must visit in Manipur Also Read - Earthquake Strikes Manipur, Tremors Felt in Parts of Assam, Meghalaya, Mizoram

The Manipur Sangai Festival gets its name from the Sangai deer, a gentle brow-antlered deer exclusive to the Keibul Lamjao National Park in the state. The deer symbolized the rich natural heritage of Manipur, a state dominated by thick, dense jungles that blanket its valleys and hills. The Keibul Lamjao park in Loktak Lake is considered a floating national park, and Manipur is home to a variety of rare birds. The festival itself celebrates the geography of the region, as well as its heritage, culture and its historic roots. Also Read - Racism On The Rise: Ambulance Driver Accuses 2 Manipuri Women Of Spreading COVID-19, Says ‘Go Back To China’

This year, like every other year, the Manipur Sangai Festival presents Manipur’s handloom, arts and clture, sports, food, handicrafts, music and adventure sports. Most of the events associated with the festival are happening at the Hapta Kangjeibung palace compound and the Bhagyachandra ope air theater. A number of culture events have happened, and many others are taking place until the festival concludes on November 30. Just recently, the Imphal International Art Camp concluded after six days, promoting artwork based on Manipur. Around 26 artists from the loca, international and national art scene took part in the camp. Also Read - West Bengal News: Over 300 Nurses of Kolkata Hospitals Resigned, Left For Home | Manipur Clarifies Stand

At the Hapta Kangjeibung palace, the huts of Manipur’s indegenous tribes are being shown to promote the heritage of the state. Manipur is home to a number of indigenous tribes, including the Hindu Meitei, the Mao Naga, Kuki Naga, Paite, Tangkhul and Thadou. Meanwhile, if you want a glimpse of the local sports culture of Manipur or taste some adventure, head to the Takmu Water Sports Complex in Moirang or the Khuman Lampak Sports Complex in Loktak. The Manipur Sangai Festival has been going on for some time now, bringing in more and more participants. This year, participants from countries like Sri Lanka, Myanmar, Nepal, Bhutan, Bangladesh, South Korea, Malaysia and Zimbabwe will also be taking place. NOW READ: 10 spectacular Manipur photos that will tempt you to visit northeast India NOW!

You can catch plenty of dance performances at the Manipur Sangai Festival. The Ras Leela is probably the most famous dance form in Manipur and the rest of India. It is, naturally, an important part of the festival’s cultural programs. But there will be performances of other lesser-known dances as well, like the Khamba Thoibi, Lai Haraoba, Maibi, Kabui Naga and bamboo dances. Those interested in handicrafts and handlooms can go shopping at the themed huts in the heritage park. The handicrafts on offer are reflections of the culture and lifestyles of Manipur’s tribal folk.