Masai Pathar in Maharashtra is a Beautiful Offbeat Place to Visit

Winter is a great time to explore these beautiful places tucked away in the interiors of the state. 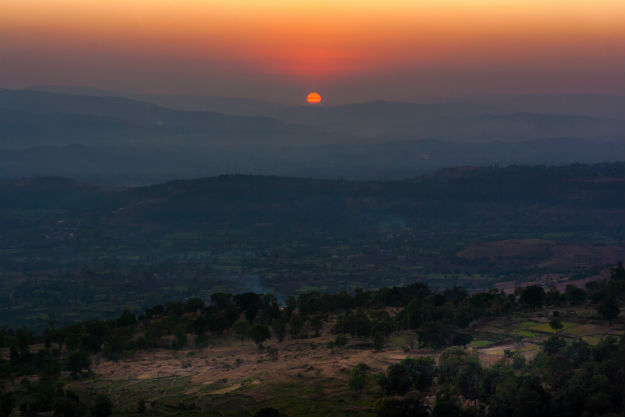 India is home to several offbeat places to visit that are nestled amidst the mountains away from the hustle-bustle of popular towns and cities. Maharashtra, which is home to part of the Western Sahyadris, has several hidden gems that make for pleasant weekend excursions. Ranging from beaches to hill stations to plateaus, these beautiful destinations are bounties of natural beauty. Winter is a great time to explore these beautiful places tucked away in the interiors of the state. One such place is Masai Pathar or Masai plateau located near Kolhapur in Maharashtra. Also Read - Here Are 10 Destinations in Maharashtra That Monsoon Fans Would Love

Masai Pathar is located just behind the famous Fort Panhala in Maharashtra. It is at a distance of around 28 km from Kolhapur, where the shooting of Padmavati was stalled on account of unrest. It takes an hour to reach Masai Pathar from Kolhapur. Here is a detailed road route for Kolhapur to Masai Pathar: Also Read - Mysterious Fireflies And Where You Can Find Them in Maharashtra

Masai Pathar is a delight for trekkers as it is surrounded by the breathtaking natural beauty of the Western Sahyadri range. It is a wide grassland located on a hill (like plateaus are) and is home to several species of birds and insects. There are a couple of attractions here that make Masai Pathar worth checking out. It is home to a little temple dedicated to Goddess Masai Devi. But its most famous attraction is the wildflower bloom it experiences every year in the months of August/September. The flowers found here range from pretty orchids to carnivorous plants such as Utricularia and Drosera Indica.

So, next time you are looking for an offbeat destination in Maharashtra, go trekking to Masai Pathar near Kolhapur. You can easily club it with a trip to the marvellous Fort Panhala which is a popular attraction known for its panoramic valley views and historic significance.