The rock carving depicting an orca, commonly known as the killer whale, is around 200 feet long and dates back to around 200 BC, according to scientists. 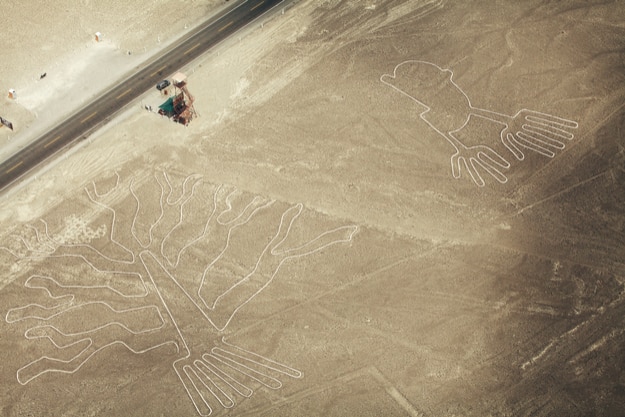 In Peru’s Palpa Desert, a sprawling geoglyph of a killer whale has just been rediscovered on a hillside. Geoglyphs are massive rock carvings, typically more than four feet in length, made on stone by ancient civilizations. They are the first murals ever made by humankind, and Peru has many of them dating back to the earliest civilizations in the world. This one was found by archaeologist Johny Isla of the Ministry of Culture, who came across an image of the geoglyph depicting an orca four years ago. Realizing that this was an uncataloged geoglyph, he began his search for it in 2015. ALSO READ: Top 10 Things to Do in Peru Also Read - Peru, Colombia Pledge to Work Together to Protect Amazon Region

Isla eventually found the geoglyph and have now restored, cataloged and analyzed it. Based on soil samples, the glyph dates back to around 200 BC, and it features religious symbols suggesting that the orca may have been worshipped at one point. The style of the glyph is that of the Nazca civilization, responsible for several other massive images in the region, including the famed Nazca Lines. But other parts of the image suggest that another older civilization may have been responsible for the original carving: the Paracas. Also Read - Willian Ruled Out of Copa America Final Due to Injury

The Paracas were known to have called the region home sometime during 800-200 BC, the Nazcas emerging a hundred years later. If the date on this glyph is accurate, this could be the oldest ever geoglyph of the Nazcas found, according to archaeologist Markus Reindel of the Commission for Archaeology of Non-European Cultures. NOW READ: 15 reasons why Peru is the best emerging tourist destination
Also Read - Earthquake of 7.0 Magnitude Struck Peru, no Casualties Reported

The glyph remained invisible for centuries because they are difficult to make out from the rest of the hilly landscape. With the geoglyph now cleaned and restored, however, even those without the trained eyes of an archeologist will be able to see the artwork for themselves and learn more about the ancient civilizations that first lived here. Peru hopes to bring visitors to the area eventually and showcase the orca, but for now it remains restricted because of the presence of land traffickers.